Bingo has been seen, primarily, as a woman’s past time for some years now, with Mummies Bingo being one site that reinforces that idea. Not only does it have a female focused name, but it also has a stereotypical theme that’s typically associated with such gendering: there’s houses, kitchens, female characters, basically it’s all homely and wife like. This isn’t an issue, but for a brand launched in 2014, we expected Cozy Games, the company who helped create the label, to have been more forward thinking. Despite our initial disappointment, we do have to commend this Live Bingo Network site for not utilising extremely gendered stereotypes, such as bright pink and cutesy imagery. If you’re still interested in seeing what Mummies Bingo can do for you, carry on reading.

If you’ve stuck around after our little introduction, we’re going to take you on a quick walkthrough of the promotional material, starting with the welcome packages first. The reason for this is that most of you will be new to this website, and therefore need a helping hand when starting out. As those of you who follow our reviews will know, Cozy Games aren’t ones for originality when it comes to their bonuses, and yet we spotted a new promo straight away.

The 100% deposit bonus isn’t all that big a deal in terms of value, seeing as how £20 is needed to obtain that 100% mark, however it becomes more interesting when you take into account that there’s 20 free spins included in the mix. Considering that this is a bingo site, before anything else, to be offered bonuses for the alternative games of the brand is exceptional. Unfortunately, on the flip side of this, this means that the rollover necessity increases from one to two, and that the bingo bonus is set at x4 and the slots one is at x40. If you want to avoid having to deal with two rollovers, users can always go in for the £3K worth of bingo tickets available. This not only gives you seven days of cost effective gaming after joining, but also a wagering requirement of x4.

Assuming that you intend to take out more deals once you’re a more established member, then you may want to look at offers such as the Fortune Wheel. This is another one of Cozy Games more unique offers, not typically seen across all of their websites. When you make a £10 deposit within a month, you’ll be given a spin of the wheel for a seven day period, with the rewards tending to be bingo tickets of varying value. As good as this deal is, customers need to be aware that these rewards only last 24 hours after receiving them, so players need to be quick when using them. What is more, there’s a x4 bingo wagering requirement, whereas any slot rewards will come with a x40 rollover, just as before.

On top of the deals, there’s also loyalty schemes to become involved with, primarily that of collecting loyalty points, aka LPs, however these aren’t a big part of the Mummies Bingo experience. Collect points when you game, with the number of points needing to hit 100 before you can redeem them for money.

Seeing as this is a Cozy Games platform, it makes sense that many of the activities come from the developers of said company, however there’s also software from NetEnt and Eyecon to be found at Mummies Bingo. Such titles come in the form of slot machines, table based games, and of course the bingo options that have undoubtedly drawn you to this site. Each of these game types have been categorised, in order to create a more user friendly experience, with the pokies separate from the Bingo Lobby.

When activating bingo games, you’ll need to visit the lobby and either prebuy a ticket or start a game there and then. There’s numerous rooms to choose from, such as Big Ben, Victoria 90, and Down Town, with these rooms tending to offer 90, 80 and/or 30 ball bingo, depending on where you purchase your tickets. Most of the time the tickets will cost less than £1, with the prizes tending to reach the hundreds. What is more, there’s sometimes grand prizes that can reach the thousand mark.

As for the slots, they’re just as easy to load up, though there’s no freeplay offerings for those of you looking for entertainment and not monetary gain. Furthermore, the penny slots tend to be more costly per spin than the tickets for the bingo games, though that’s a small hiccup when all is said and done.

Mummies Bingo, as we’ve demonstrated, is a brand that knows the industry and so has delivered a reasonable array of banking methods to its users; you’ll be able to choose from a selection of cards and ewallet options. Although small in size, the methods given are popular and well known, thus appealing to the novice gamer as well. Please note that it appears that the main currencies catered to are EUR and GBP.

Transactions themselves are as simple to understand as the methods allowed, with each of the payments asking for a minimum of £10 for deposits, with no fees attached. As for withdrawals, while no minimum fee is mentioned, we know that there’s a rollover requirement bar in place, to indicate if you’re okay to withdraw funds or not. Moreover, Mummies Bingo ensures speedy transactions with fast withdrawals, with only three business days needed.

If you require further confidence in this label, look no further than the licensing from the UK Gambling Commission and the Government of Gibraltar, with the details placed at the bottom of the homepage.

Given the fact that there’s site maps and FAQs, it’s obvious that Mummies Bingo intends to make this an easy experience for all involved. That being said, issues can always arise, which is why plenty of customer service outlets have been provided, in the form of telephone, email, live chat and ticket format. Each of the options are straightforward to use, with the hours of operation 24 hours a day.

If you’re big on using social media, particularly that of Twitter, than you’re in luck as Mummies Bingo has a page to follow, via the link given. Even though there’s this channel to interact with, it has to be mentioned that it doesn’t appear to be overly active, with no posts having been made since mid 2017. As such, this may be more an outlet for you to socialise with other players, rather than being used to contact the team in regards to problems, queries, etc. 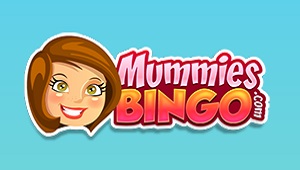