Polo isn’t exactly the sport of Joe average, with most of us regarding it as a rich person’s game. Even though this notion is quite a prominent one, it didn’t stop Cassava Enterprises from creating an iGaming website, titled Polo Bingo. Despite sharing the same name as the sport, there doesn’t seem to be any design features relating to this, with the title perhaps hinting at the luxurious aesthetics of the interface rather than a passion for the sport. It’s not hard to see why Polo Bingo looks so good, and plays so seamlessly, for it’s powered by Dragonfish software. As some of you will know, Dragonfish are a big brand name within the industry, renowned for delivering quality like few others can; if they’ve partnered up with this label, it can only mean good things are on the horizon.

Given the brands involved with this site, it makes sense that there’s promotions which customers can activate at their leisure. That being said, we’d anticipated a larger batch of them, but were instead greeted by four offerings, one of which is in relation to the VIP club, and so doesn’t truly count as a bonus. Consequently, we’re both happy and disappointed: happy because there’s bonuses to take advantage of, but disappointed that there’s few in number.

Putting our personal feelings aside for the moment however, we can see that the deals are good in their value, like the small but reasonable newbie bonus; like many welcome offers, it’s a deposit bonus which requires an input of £10, with users than awarded a 200% match on that money. What is more, they’ll also receive a series of 20 free spins, 10 of which will play on Kingdom of Cash, five on Irish Luck, and another five for Fluffy Favourites. Given that these are three quite popular slot machines, we’re overjoyed to see Polo Bingo catering to more than its main target audience. Once you’ve secured the above, you’ll be subject to a x3 deposit bonus requirement, and a much larger x99 for any winnings from the free spins, with those spins only available for 48 hours.

In addition to this, there’s also a generous deal that takes place every single day, inside of the Money Penny bingo hall – available at 11pm everyday, a ticket price of 1p will grant you the chance to play for a £250 jackpot. No, it’s not the endless pages of deals we’d have liked, but at the same time it is a regular means of playing for highroller wins, and for relatively little money. Then, of course, there’s the VIP membership, The Diamond Club. This exclusive experience is by invitation only, unless you’re already Diamond status on another Cassava Enterprises site, in which case you can be fast tracked here.

Unlike with brands from Cozy Games, Polo Bingo doesn’t show you the rooms of the games, but rather a brief list of the types of games you’ll come across, for example, there’s 90 and 75 ball bingo, as well as ‘guaranteed bingo’, and live chat rooms. Although the latter may sound like the odd one out, it’s actually a great way of chatting and gaming at the same time. Nonetheless, due to a lack of access to anyone other than members, we don’t know what individual bingo halls are called, or how many games reside within them. However, we do know that costs of bingo coupons are low, and that all of the games run 24 hours a day.

Moving onto the slots side of Polo Bingo now, we not only see Dragonfish software yet again, but games from NetEnt as well, even though few other reviews actually draw attention to this fact. True, it’s not a diverse range when compared to other platforms out there, but it does a decent job at ensuring you have more than bingo to entertain yourselves with. What is more, these pokies are free to play, for the most part, and so even guests looking to test out the site can have a go on them. There’s also some instant wins and tabletop games, though none of these offer live dealers, which although disappointing, is pretty much expected of any online bingo brand. Even more so when it’s as seasoned as Polo Bingo.

One of the true pleasures of banking with Polo Bingo, is that each account holder can have up to five payment methods assigned to their account, therefore allowing them complete flexibility. Moreover, that users can choose from paying over the phone, Visa and Mastercard, or even EntroPay if you so wish, with most of these catering to EUR, GBP, and USD currencies.

To make a deposit and/or withdrawal, a minimum of £5 is required of you, a sum of money which you’ll find is a lot lower than other iGaming sites we’ve reviewed in the past. The fact that Polo Bingo is so reasonably, and accessible, is yet another firm reason for them still going so strong to this date. Basically, they know what gamers need and want when gaming online. In regards to withdrawals more specifically, the time it takes to complete the entire transaction can, sadly, be a tedious one, as there’s various processing sections to go through. Not only is there the standard withdrawal finalisation time, but there’s also the pending window prior to that, which lasts a total of two business days. And so, due to all of this, the withdrawal process can take as many as 10 working days.

Since just before its release in 2010, Polo Bingo secured a dual license from the UK Gambling Commission, as well as the Government of Gibraltar, as detailed on the website’s pages.

Alongside the help and FAQs guides, there’s also the more flexible means of contacting PoloBingo, such as via phone, live chat, and emails. In fact, their services are said to be so good, that the entire site has been given a 9 out of 10 rating by Trustpilot, with the support options part of the reason for such consistent scores. Nonetheless, while there’s no denying that this label tries to provide high quality support, we can’t escape the fact that their help services only run between the hours of 10am and 2am.

Having not seen any mention of social media on the website, we tried to find such accounts by conducting a quick Google search, but unfortunately no results relating to this brand came up. Therefore, we have to assume that there’s no way of connecting with this brand on any of the main social media outlets, such as Facebook and Twitter. 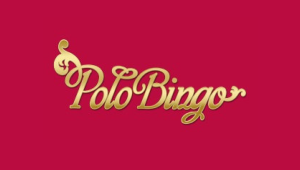