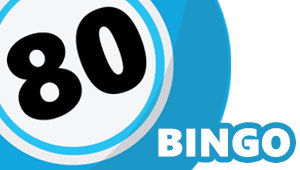 The history of bingo as we know it today remains somewhat of a mystery, but the earlier form of the game can be traced to the 16th century when bingo was referred to as “lotto”. It is unknown if the game was associated with the golden-agers back then, but nowadays bingo halls are packed with those who have accumulated an impressive amount of life experience. A fun fact that some bingo players might not know is that the game was originally called “beano” until the Edwin S Lowe renamed it after hearing a player mispronouncing the word beano.

80-Ball Bingo is played on 4×4 grid tickets, each with a total of 16 numbers. This is quite different from the sequence of six 9×3 grids in 90-Ball, or 5×5 grid featured in 75-Ball bingo variants. Every column is marked with a different colour and each set of numbers corresponds to the specific colour.

Where to Play 80-Ball Bingo?

The introduction of bingo to online casinos has made the game popular with wider demographics, and regardless of the few ageism-related jokes cracked throughout this text (with no other intention than to entertain – apologies if anyone’s feelings were hurt), bingo is now frequently played by people of different age groups, interests, and backgrounds. The most reputable online bingo rooms with free and progressive bingo variants available to the registered members are listed below:

Where to Play 80-Ball Bingo? 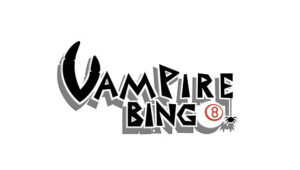 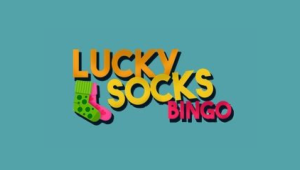 80-Ball bingo may not be as popular as 75-Ball and 90-Ball variants, but still has a fairly decent body of devotees, especially among the online gambling community. The game provides a certain balance that cannot be found in the slow 90-Ball and the conventional 75-Ball variations, which makes it suitable for the friskier players who have not lost their zest for life! The online version of the game utilizes a random number generator that selects the ball, calling each of the numbers just once, before moving onto the next ball. The number will, however, be displayed on the screen and remain visible until the end of the session.

When the relevant number is found on the card, the players mark it – online users can do that manually or by using the auto tool which will detect and mark the numbers automatically. Players who cross out all the numbers on their cards win the game, shouting “Bingo”, at which point their cards are inspected. Smaller prizes can be won if you manage to complete two or three lines on the grid whereas the player who scores a full house (all four lines) is an undisputed winner, claiming the highest payout.

The overall payout will depend on the ticket prize. Obviously, low-cost tickets will have a significantly lower payout potential, unless you are playing progressive jackpot bingo. The number of the players is also taken into consideration and a higher number of participants could be indicative of a more generous prize; however, some bingo sites offer variants with the fixed pot or the start-up amount that grows until someone wins it, at which point the jackpot re-sets. The cash prizes can range between £1 and several thousand pounds (in progressive bingo variants, a percentage of each ticket is added to the pot).

As mentioned above, the objective of the game is the full house, but completing an entire line may also qualify you for a reward. The line prize is won by the first one to cross out all the numbers from a horizontal, diagonal or vertical line.
There are also 80-Ball bingo variants that acknowledge the four-corner and square wins, awarded when one manages to cross the numbers on all four corners of the ticket or the four numbers in the centre of the square.

The two-line win has the same pattern – the players can claim their reward for any two horizontal and vertical lines or a combination of the four-corner pattern and the square, which will count as two lines. The same rules are applied to the three-line win, which can also be in the horizontal, diagonal, or vertical position. The full house does not require any additional explanations – the first to track and cross out all the numbers from the ticket is the winner in any bingo variant. Again, not all 80-Ball variants acknowledge line wins, so if you are on a lookout for a version that does, make sure to double check the rules or contact the chat hosts.

Don’t be fooled by the definition of bingo that categorizes it as a game of chance! Like all game of chance, bingo can, in fact, be played in a way that will allow you to maximize your odds within the constraints of the rules and improve your chances of getting everyone’s attention when you proudly yell out “BINGO!” (due to the age group of the demographics, using your outdoor voice couldn’t hurt, right?). Here are some of the principles that you can introduce into your everyday bingo strategy and bend the odds (at least to a certain degree):