Unfortunately Buttercup Bingo is now closed, but there's no need to worry! Check out hundreds of alternative bingo sites at New-OnlineBingoSites.co.uk!

Build me up buttercup are words that many music fans know and even sing when they’re feeling happy, but few people associate buttercups with online gaming. However, Buttercup Bingo, a site launched in 2014, is attempting to change that with its Cozy Games partnership. As those of you who frequent the community will undoubtedly know, Cozy Games has been around since 2005. Since that year, they’ve become an epicentre of the iGaming circuit, with their websites highly praised by peers and users. Coupled with Cozy Games involvement, there’s also the prestige of Buttercup Bingo being part of the Live Bingo Network, a company that partners up with many iGaming websites across the globe.

As is common with any games site, the operators attempt to entice you in with the notion of promotions and loyalty schemes; Buttercup Bingo has both of these, which is a good omen for anyone not well versed with iGaming. These promos can be easily accessed, with newcomers getting the added perk of not one but two welcome offers, while existing customers get a constant string of deals. Oh, and let’s not forget the loyalty scheme and Bonus Bucks, both of which are something you’re rewarded for being a regular gamer with the label.

To try and condense down the two newbie offers, we’ll connect the two; customers can deposit £10 for their first three deposits and receive bonuses back, with the amounts valued at 300%, 150% and 100%. In addition to this, there’s the £3K bonus in which gamers can get 12 free tickets for each of the games, inside the Newbie Room, within the first seven days of joining. This is available around the clock. Both of these promotions come with certain rules however, with the most notable being that they both have wagering requirements of x4. Should you not understand what this means, this is the amount of money you need to make back from the bonus in order to withdraw any winnings. So far so standard, but worthwhile for those of you who like a helping hand when starting out.

Moving onto the other bonuses, there’s the Midweek Treat alongside several room specific offers, thus demonstrating that Buttercup Bingo is all about keeping its players happy. A lot of the remaining promotions require you to play inside a certain room at a set time, with the deals only applied to bingo games and no other casino offerings. Nonetheless, the fact that there’s so many is more than satisfactory enough, even more so when partnered with the Bonus Bucks system. This is where loyal customers receive unique monies that can be used to play the games rather than your own cash. On top of this, there’s also loyal points that can be collected, which can then be redeemed for money once you hit a certain point. Information about this can be found inside the FAQs section, which although odd, is more than simple enough to locate.

We continue on now to the games section, where we start off by looking at the bingo side of activities before any others; all activities are kept separate for more user friendly navigation, which is typical of Cozy Games. After locating the Bingo Lobby, you’ll see that there’s numerous rooms in which you can play, such as Penny Bingo that offers 75 ball bingo, Victoria 90 that (obviously) delivers 90 ball bingo, and City Hall giving gamers 30 a 30 ball format. The fact that there’s so many options, especially of forms that aren’t as commonly seen, ensures that Buttercup Bingo can cater to a wider audience.

All of the titles can be played within minutes of you finding them, thanks to the clear information that’s provided; you’ll always be aware of the cost of tickets, how many other players are involved, the final prize amount, and whether you can prebuy any tickets. Sometimes there’ll be grand jackpots as well as game prizes, which again are displayed in a prominent place so that you know all of the facts.

Should you ever tire of the bingo games, there’s also NetEnt and Eyecon pokies, table top offerings, and a few other activities like Slingo. Each of these specific types of games have been categorised, with the one armed bandits offering the largest range of diversity of them all. No freeplays are offered for non-members, but otherwise it’s all easy to access.

Finding out how to transfer money isn’t too tricky either, with players able to bank with Boku, Visa, and Skrill, therefore meaning that ewallets and credit cards are catered to. This is always good to see, even if the number of methods isn’t as substantial as other iGaming labels also available. In regards to currencies, Cozy Games primarily deals with EUR and GBP, and so they’re the only ones we’re currently aware of, however that shouldn’t be too much of an issue for international gamers.

When depositing your funds, the transaction is instantaneous, whereas withdrawals take a little bit longer. That being said, they don’t take any more than four business days to clear, which is super speedy when compared with other brands out there, so let’s not knock what Buttercup Bingo delivers. Furthermore, there’s no fees applied by the brand itself, however the label does explain that fees can be applied by providers, which is quite standard for most iGaming websites.

Finding the full credentials of Butter cup Bingo isn’t hard, even for the most unseasoned among you, seeing as how the licenses are placed upon the homepage. Presented at the bottom of the page is a dual license from the UK Gambling Commission and the Gibraltar Gambling Commissioner.

Much like any other Cozy Games website, there’s plenty of avenues for support that you can venture down, with some being more commonly used than others; users can live chat, email and/or call, as well as raise a ticket. For the most part, these can be done without logging into your account, but the ticket one involves you being signed in. Moreover, it would seem that all of these options are available 24 hours a day, seven days a week. Of course, there’s always the option to utilise the FAQs instead of the support methods we’ve mentioned, but it should be noted that the FAQs aren’t as detailed as they could be.

The cute logo of this brand can be found on both Facebook and Twitter, however both of these channels haven’t been used since 2017. This doesn’t necessarily mean you can’t use the pages, seeing as how plenty of users are still active on them, however you need to be prepared that the team might not be reachable via tham. 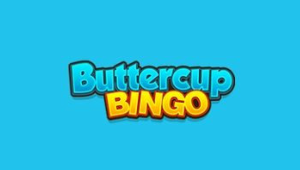