Unfortunately Ghost Bingo is now closed, but there's no need to worry! Check out hundreds of alternative bingo sites at New-OnlineBingoSites.co.uk!

When did the news go out about ghosts enjoying bingo? Did we miss it at some point, because we’re looking at Ghost Bingo and wondering when that niche became a thing. Okay, so we’re being a little silly, but the truth still remains that some of you won’t have heard of this website, even though it was launched in 2016. One of the reasons for this could be due to how easily bingo sites get overlooked, even in spite of them being recognised by institutions such as the Live Bingo Network. To tackle this issue head on, we’re going to dive into the haunted interface of Ghost Bingo, to see what it’s really like.

Given how many websites are released by a great deal of the same operators, it won’t surprise many of you to learn that Cozy Games has various bingo sites, and that they all share the same promotions. Generic it may be, but it also means you have a familiar experience to adapt to, quickly and without fuss.

One of the first aspects of the bonuses we want to address before anything else, are the welcome offers. These two deals work together as a pair, although they can be activated separately, to deliver an increased boost of money to your first week as a player. First up, you can receive 300%, 150%, and 100% on your first three allocations of money, all for £10 each time. Secondly, you have seven days to go into the Newbie Bingo Room and get 12 free tickets. As these are two different deals, despite being aimed at the same status of player, the wagering requirements vary a little, with a x4 on bingo for the deposit bonuses, and x8 for bingo on the tickets.

In addition to the above, there’s also a fair few other means of getting that little bit extra out of your membership, like BOGOF. This deal is specifically for 90 Ball bingo in the Victoria Room, however it allows you to buy a single game ticket and get another one free. To get this deal, you simply need to visit the room between 1am and 7am; it’s that easy. Of course, if you want something less specific to the games, a feature that has a wider application, there’s always the Bonus Bucks.

Even though the promotions page doesn’t detail it, BBs are the loyalty scheme currency of Ghost Bingo, or at least that’s what the info suggests. In truth, it’s all a little vague. Nevertheless, these points can be used to play some of the titles offered at Ghost Bingo, with them gifted to users who have been active and loyal to the brand.

Despite Ghost bingo being about, well, bingo, there’s actually other activities for you to try out whilst your here; gamers can opt in for slot machines, scratchcards, and a few other casino classics. We know this makes it sound like just another casino, but it’s not, as a lot of common casino elements are missing. Not forgetting that you have more accessible affordability due to the cheapness of the bingo games.

Each of the bingo games are played in rooms, with some of the games being in 90 Ball format, while others are 80 or even 30 Ball bingo. The list of rooms isn’t the longest, but it’ll keep you ticking over, especially due to the games starting from as little as 1p (although some are 10p). Some of the rooms you’ll see are Down Town, City Hall, and Penny Bingo, with all three of these offering a different format of game, in the order of 90, 30 and 75.

Most of the games are created from software by Cozy Games itself, however some of the slots you’ll come across are from Eyecon and NetEnt also. In regards to these additional games, while they’re good for variety, the range isn’t as dynamic as an online casinos would be.

To banking we go now, with us given a select range of payment options to choose from, however the main providers of Visa, PayPal and Skrill are among the names mentioned. When we’re given less diversity, having access to the most used/common methods is always a plus. When making a deposit, £10 is required, with the processing times instantaneous.

However, when it comes to withdrawals, the timeframes start to vary, due to ID verification and other such details. If all goes well, without any hitches or delays, your money can be inside your bank account within three days, with £5,000 being the most you can take out per month.

All bingo operators need to have a license to operate, with Cozy Games choosing to have two rather than one. These two regulating bodies ensure that the games you play, and pay for, are safe and without security risks; the companies providing these services are the UK Gambling Commission and the Isle of Man Gambling Commission.

One aspect of membership which is always certain with Cozy Games, no matter which one of their labels you decide upon, is that their support is 24/7. This not only gives us better peace of mind, but also provides an accessibility that other such sites can often lack. To gain this help, you can utilise a series of methods, from live chat to email to telephone. Partnered with these options are the FAQs, a basic piece of kit that’ll sometimes save you the trouble of having to contact someone else for assistance.

Last up is social media, with us finding nothing mentioned on the website as a means of pointing us in the direction of an active account. However, upon turning to wonders of Google, we discovered that Ghost Bingo has a Twitter page. Sadly, we also discovered that it’s been inactive since late December 2017, which could mean that it’s more for show than to actually help its followers. Considering that only 11 tweets have ever been made since the account was created, it looks like our conclusions are correct. 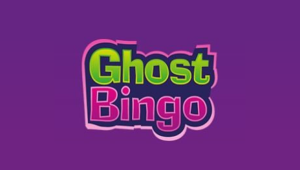