Most of us don’t have the physical strength to maintain a farming job, as it requires you to do a lot of manual labour, as well as keeping difficult hours. If you want to avoid all that hard work, but be able to (kind of) satisfy your need to be near nature, you can play at Farmyard Bingo. Despite not being part of any notable bingo networks, this 2015 launched brand has managed to keep users entertained for over three years now. It could be argued that players love the site so much because of the Dragonfish software that the brand uses, or it could be all down to the free bingo that it offers, therefore making it ideal for budget gamers.

One of the hardest things to appreciate about the website is understanding how varied the promos are, due to the fact that Farmyard Bingo doesn’t allow visitors to see anything other than the welcome deal. Those of you who are new to the site can deposit from as little as £5 and still activate the 300% deposit bonus, with you not needing to use a code in order to receive a maximum of £60 in extra funds. When you make any wins, they’ll need to be wagered x8 before you’re able to withdraw money from your account, which is broken down as x4 for the bonus and x4 for your deposit.

After you’ve taken the plunge and joined as a member, which doesn’t take that much time in all honesty, there’s plenty of regular promos, such as Udder Madness and Penny Piglets. These two deals are related to bingo games, with the former being for 90 ball bingo while the second deal is for 75 ball games. Just like with the welcome package, these offers, and the ones we’ve not mentioned, require you to meet the wagering requirements detailed in the terms and conditions. We grant you that this isn’t all that impressive, especially when compared with other brands out there, however it could be said that the Diamond Club you can join is provided to bolster the wow factor of the label.

Based on a system of five levels, starting from Blue and finishing up at Platinum, you’ll receive better prizes whenever you progress from one level to the next. In order to do just that, users need to have deposited a specific amount of money for each level, an example of which is you needing to allocate at least £1,000 in order to qualify as a Gold Level player. Although very similar to a points based system, the slight change in setup makes this scheme feel fresher for the vast majority of players. In combination with the Diamond Club tiers, there’s also a store that members can use for special deals, like cashbacks and exclusive products.

When navigating the bingo lobby, you can choose whether you play paid bingo titles or free ones, therefore making this an ideal destination for all fans of the game. Among the activities listed, which aren’t that diverse in scope, is a game of five line bingo, 90 ball bingo, and 75 ball as well. In addition to these, there’s also progressive bingo jackpots, which are said to bring in plenty of cash to players dedicated enough to play them.

Alongside the bingo there’s also mini games, pokies, scratchcards and a couple more casino options, all of which go to further demonstrate how versatile Farmyard Bingo is. In fact, it could be argued that it offers more than some of the modern casinos out there that we’ve critiqued. Of course, while there’s a good range of titles here, we can’t help noticing that they’re all developed by Dragonfish, which means there’s an exclusivity surrounding the games. Although this is good in some aspects, it also means you don’t get to play other big brands.

To start banking on your account, you need to decide between the providers allowed, with the likes of Visa, Neteller, and Paysafecard listed; there’s more payment options allowed then those, but these are three of the main ones. You can utilise any of these methods, provided you have £5 to spare, with you able to bank in EUR or GBP.

Should you make money off of gaming, which is quite possible due to the affordability of the Farmyard Bingo activities, you’ll need to understand the withdrawal policy. Just like with deposits, withdrawals only require a minimum of £5 however, you can expect to wait as many as 10 business days before it’s in your bank account. Seeing as how business days only refer to Monday through to Friday, it therefore means that the timeframe is lengthier than most brands. If you’re someone who needs to take out cash regularly, you can do so up to ten times a day.

Many online websites has dual licensing in place, and so in that regards Farmyard Bingo is no different from the norm. This brand has a license from the Gibraltar Gambling Commissioner and the UK Gambling Commission, which theoretically should open up the permitted countries of the label.

The list of support options given is quite impressive, with the FAQs just one branch of a large tree, as customers can also read up on how to play the main two types of bingo, the 90 and 75 ball titles. Of course, if you require help beyond that of what the site offers, you can contact customer service between 9 and 1am. These are the operational hours given to the phone option only, but as there’s no other hours mentioned, we have to assume that all forms of support adhere to those times. In regards to which outlets you can use, there’s email, live chat, and the toll free phone line.

Seeing as how most of you won’t look further than the platform in order to find the social channels of Farmyard Bingo, it makes sense for us to stick to the means open to you. And so, this brand doesn’t seem to have any social media accounts. Normally when a games website does offer a selection of channels, you’ll see buttons of these accounts on some part of the site, thus making accessing them easy. As this isn’t with Farmyard Bingo, we have to assume that no social media is offered at this time. 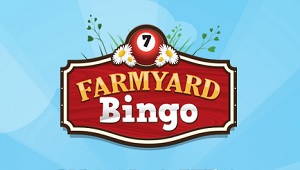