The roar of the jurassic period can be heard loud and clear for all who venture into the depths of Dino Bingo. This 2015 established label is one of many that Cassava Enterprises released that year, with this arguably being one of the more colourful of their portfolio. While this is the case, we don’t wish to make this all about the aesthetics, as much can be said for the accessibility of the software provided. Those who play with Dino Bingo are connected to Dragonfish software,one of the most notable B2B businesses within this industry, and one which has helped many bingo sites set up camp. We know that in Dino Bingo mentioning this software, we can be sure that quality lies ahead.

As clear as day on the homepage is reference to the welcome offer, in which new users can receive a 300% deposit bonus upon their first allocation of money. It’s there to reel you in with promises of a great starting point, followed by even greater promos. Even though we can confirm that there is indeed other rewards to activate, for those viewing the site as a guest, you won’t be able to see what these are. This is a factor that strongly goes against Dino Bingo, as it doesn’t provide an accessible interface for its visitors.

Nevertheless, once we’re on the inside, as members, we can see that there’s two more deposit bonuses in addition to the first. And that there’s the odd promo for specific games/rooms of the bingo options provided. In reference to that 300% deal, you’ll need to deposit at least £5 to quality. Thereafter, you need to meet the wagering requirements by playing bingo titles only, with the requirement set at x4 for the bonus and x4 for your deposit. The next two bonuses are lower in value, at 150% and 100%, and so we move onto the VIP membership of the site.

The Diamond Club is an exclusive form of membership that anyone can join, all you need to do in order to make the grade is be willing to play with real money. This system is based on what you deposit, with that money converted into diamonds, aka loyalty points; the more you have, the better your chances of increasing your level. All customers will start off as a Blue Member once they’ve allocated at least £49. If you’ve played with Cassava Enterprises bingo sites before, you may have already seen this setup somewhere else. Despite not being a fresh idea, it does its job at gifting customers with increased amounts of promos and special offers.

As we’ve mentioned earlier on in our review, the games of this site, primarily that of bingo, are run on Dragonfish software. Consequently, everyone who visits this site gets a far more exclusive experience than what they would if they played elsewhere, as not many brands have been involved with this label. That being said, there are popular pokies to play, which do come from the likes of IGT.

These additional features – the casino activities – can be played in addition to the 11 bingo rooms that Dino Bingo offer us, in which users can play 90 and 75 ball bingo. As we’re only guests however, we’re not given a full overview of the rooms listed. That being said, we are aware that there’s a newbie room, as well as free bingo and funded bingo; there’s even mention of five line bingo from one of the lobbies provided.

What is more, those of you who are part of the VIP circle will receive additional games to play, in which the prizes are a lot greater in value. We wouldn’t say that the diversity here is better than elsewhere on the site, but that it gives an extra layer of depth to the VIP scheme as a whole. No matter what however, all players will find a well rounded series of activities to play.

Seeing as there’s a full list of payment methods on the Dino Bingo site already, it makes little sense for us to repeat it, however we can tell you that the providers included are that of Visa, Paysafecard and PayPal. Each of these methods requires you to deposit and withdraw with at least £5 however, when you look at the withdrawal policy, withdrawals mention bingo transactions only, but doesn’t explain what these are. Therefore, it may be that money won on other games is subject to a higher withdrawal limit.

As for currencies allowed, and the time it takes to access your money, we found that most monies were accepted here, such as EUR, GBP and USD. Furthermore, that withdrawals can take several days due to the initial 48 ‘pending’ period, meaning that the process is one which takes its time. As many as 10 withdrawals can be taken out each day, with the monthly cap said to be £3,000, a figure much lower than other brands out there.

Moving onto the licensing, we can clearly see that Dino Bingo has two regulators overseeing the games of this website, firstly that of the UK Gambling Commission, followed by the Government of Gibraltar.

One of the main elements of Dino Bingo support you need to know about is that there’s no live assistance. There’s some reference to chatting to team members inside the bingo chat rooms, but we never found this service helpful, and so it’s only really email and phone support that works well here. These services run 24/7, not forgetting that the telephone assistance is free of tolls for anyone calling from within the UK. What is more, in addition to contacting the team, there’s also a range of helpful pages, like the FAQs.

As far as social media goes, not a lot of activity seems to be centred around Dino Bingo, even more so from the website itself. No social channels are listed, nor are there buttons to take you to connected profiles, and so we have to assume that the brand is removed from this part of the iGaming scene. Of course, there’s other social media channels that mention Dino Bingo, but they’re general bingo sites as a whole. 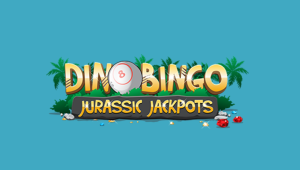