Car Boot Bingo may be another Cozy Games website, but it delivers a fresh interface in which you can play, with the same level of quality offered as we’ve seen before. In an unusual twist, the brand has decided to focus on car boots, a traditionally British event that involves people coming together and selling their wares. Despite this being the case, there’ll be no selling of items by this platform, but instead access to over 35 bingo games, not to mention numerous slot machines. Not only does this label have the benefit of working with Cozy Games, a company offering its services since 2005, but Car Boot Bingo is also part of the Live Bingo Network. This detail, alongside several others, can be found at the bottom of the homepage.

What really excites us about this label, despite its unusual theme, is that there’s actually new promotional material advertised that we haven’t seen before. This is out of the ordinary for Cozy Games, as they tend to reuse their regular bonuses, but this time round they seem to have branched out, delivering deals like the 100% bingo bonus.

A deposit bonus may not sound so weird and wonderful, but that’s because we haven’t mentioned that this bonus comes with free spins as well. That’s right, not only do you get bonus monies when depositing over £10, but you also get 20 spins for Fluffy Favourites. Before you get super excited though, please keep in mind that there’s now two wagering requirements involved instead of one, with the bingo being x4, while the slots one is a higher x40. There’s also another welcome package as well, which only focuses on bingo titles inside the Newbie Room, but we’re going to move onto the Wheel of Fortune deal instead.

This offer is one of the regulars that existing users can keep utilising, with this particular one being a daily bonus available once you deposit £10 within a month. Do this and you’ll be able to spin the wheel for seven days straight, with a range of promos being given to customers, such as bingo tickets. Similar to before, the same wagering requirements apply, as they tend to do with all of the other bonuses as well. Should you not be interested in bonuses but more about loyalty schemes, Car Boot Bingo sets you up as soon as you register. The scheme allows you to collect points, which can then be redeemed for bonus cash once you hit a specific amount of points; unfortunately, details about this are sketchy as only the FAQs mention this rewards system.

Seeing as how we’ve just discussed promotions, it makes sense for us to look at the software delivered by Car Boot Bingo; not only has Cozy Games provided activities, but so has Eyecon and NetEnt. If this sounds familiar, this is because these three tend to band together when it comes to bingo sites online. Although repetitive, it ensures that gamers can adapt to situations with relative ease, and that they receive a huge volume of pokies to play through.

Even though the pokies are interesting, most of you will be here for the bingo, seeing as how this is first and foremost an online bingo platform. To find all of the games and their rooms, you need to visit the Bingo Lobby, in which you’ll find a total of eight rooms, including that of City Hall, Big Ben, and Victoria 90. These rooms tend to cater to the popular format of 90 ball bingo, however some rooms deliver 30 and 80 ball bingo as well, thus giving players a broader experience. To access these games, you can join in at any time or you can prebuy a ticket, depending on how you like to play. Some of these titles will deliver grand prizes, while others will merely offer a basic prize package, either way though, rewards are abound.

In regards to the one armed bandits, they’re readily available to anyone who’s a member, but if you’re a visitor all you can do is browse the selection rather than play. In addition to the slots, there’s also some classic casino titles, but these table games are fewer in number. Therefore, if you desire more table based options, it’s better to visit a larger online casino.

Considering that real money is needed if you’re intending to use the bonuses and play the games for cash prizes, you need to be aware of which methods are enabled. In the case of Car Boot Bingo, there’s credit/debit cards and ewallets as well, such as Ukash, PayPal, Mastercard and Visa. All of these providers permit EUR and GBP, though it’s been said by fellow reviewers that other currencies are allowed as well, though we can’t confirm this at this time.

When it comes to the limitations of banking, a minimum of £10 is needed for deposits, whereas there doesn’t seem to be any minimum withdrawal amount, just the requirement that you complete any wagering necessities. What you also need to be aware of for withdrawals, is that they can be cancelled if the transaction hasn’t been completed, via a process called Withdrawal Flow Back. No fees are attached to the banking, and it’s said that withdrawals take between two and three days to clear.

As you’d expect with an iGaming site such as this, there’s licensing in place to ensure that the site is fair and that gamers are kept safe; the UK Gambling Commission and the Government of Gibraltar are the ones running the show in this instance.

Given the fact that we’ve already mentioned to you the FAQs, it makes sense that they can be used for your simple queries, however there’s also more hands on support if you require it.

To find such options, merely visit the Contact Us page and you’ll be presented with a live chat option, alongside a contact number, email address, and a raise a ticket feature. For those of you who haven’t heard of the ticket feature, this is an onsite system that basically acts like a callback. According to Car Boot Bingo, all of the aforementioned systems are open to users 24/7, thus giving you peace of mind around the clock.

We’d like to assume that there’s social media channels for Car Boot Bingo, but in fact there isn’t, or at least there’s no links to them when viewing the website. What is more, no results can be found when searching online search engines, and so it seems that social media isn’t part of the label’s branding. 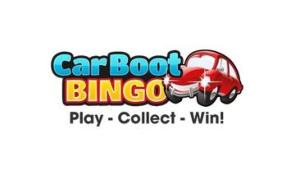