Unfortunately Bingo Anywhere is now closed, but there's no need to worry! Check out hundreds of alternative bingo sites at New-OnlineBingoSites.co.uk!

Launched in 2010, Bingo Anywhere has been offering an accessible platform from which you can play a range of games, both bingo based and otherwise, under the guidance of Cozy Games. Given how fresh the interface of this brand looks, it may surprise you to learn of the site’s age; what may also surprise you is that Bingo Anywhere doesn’t appear to belong to any network at this time. Most curious given how many Cozy Games websites actually do. Not that this overly matters, as there’s security in abundance here, a matter we’ll get to later, as well as over 35 activities for customers to partake in. All in all, this seems to be a well functioning, finely aged iGaming label, one which comes from a vastly experienced partner, thus ensuring relative success.

Given its connections to Cozy Games, it becomes understandable as to why so many of the promotional materials offered are similar (or the same) to what we’ve seen before. In spite of this recycling of content, Bingo Anywhere provides a reasonable range of offers for those of you looking to start off your account with an extra boost.

Firstly, we have the welcome deals, primarily coming in the form of a three part deposit bonus, in which a minimum of £10 is asked for each of the three transactions. Players will be offered a 300%, 150% and 100% bonus with each deposit, with the wagering requirements being a below average x4. On top of this, newcomers will also be given a seven days streak of free bingo games, worth up to £3,000. This works out as 12 free tickets for each of the games. Once again however, there’s the fact that there’s the x4 rollover necessity prior to any withdrawals.

Coupled with these two treats are a string of room related deals, primarily aimed at the bingo users among you, these include Night Owls and Penny Bingo. The former of these two promos takes place inside the Big Ben room, which caters to 90 ball bingo; the seeded pots of this deal will be available from midnight until 7am, making it ideal for late night gamers. Much of the remaining deals follow a similar pattern to the above, and so we move onto the loyalty scheme that Bingo Anywhere delivers.

Even though it isn’t well advertised, the brand offers a scheme, as well as Bonus Bucks, both of which are based on your loyalty towards the brand. However, Bonus Bucks, aka BBs, aren’t as frequent as the points gained from regularly playing the games, and so shouldn’t be considered as a main source of rewards. What is more, points need to be redeemed in exchange for money, whereas the BBs are an alternative to playing with your real cash; it sounds a little complex, but once you get the hang of it you’ll be able to adapt to the rules easily.

Much like with any bingo website, Bingo Anywhere has a Bingo Lobby that you need to visit in order to access the titles. Once there, you’ll be greeted with several rooms, such as Down Town, City Hall, and Penny Bingo, with each of these rooms typically offering a different form of bingo, such as 80, 30 and 75 ball bingo. The format which is played is displayed alongside the room names, to ensure perfect clarity, with the software played coming from Cozy Games themselves.

Not only will you be informed of these details, but you’ll also be shown how many active players are currently taking part, alongside the minimum ticket price and the jackpot amount. Furthermore, tickets can be bought before a game begins, to give you a head start, not that it really matters, as you can join in with the games throughout their state of play.

If the pace of the activities isn’t speedy enough for you, customers can always test out the Eyecon and NetEnt slots that Bingo Anywhere also offers, found within the Slots section of the site. We wouldn’t say that the diversity is mind blowing, however it’s extensive. Unfortunately however, all interested gamers will need to become members before they can open these games, thus removing some of the accessibility we praised a few sections ago.

In regards to deposits and withdrawals, the system in place is familiar and easy to adapt to, with providers such as Visa, PayPal and Neteller being permitted. The table of methods, found within the FAQs, is much smaller than a standard iGaming platform, but it should give you a basic coverage of popular cards and ewallets. As for the methods themselves, they normally process EUR and GBP, though some providers will offer more range of currencies.

Even though both types of transactions are straightforward, withdrawals will ask that all wagering requirements have been settled before your funds are released. To ensure everything is clear for users, a progress bar is provided within the Withdrawals section of your account. Once this matter has been dealt with, a withdrawal can be made, with the process typically taking between two and three business days to complete. Should you change your mind and wish to cancel your withdrawal, you can do so so long as the process hasn’t been completed.

Far more easy to access than the information of banking is the details of licensing, found at the bottom of all of the webpages. As you’ll be able to read for yourselves, a dual license comes from the UK Gambling Commission and the Gibraltar Gambling Commissioner.

Moving onto support options, Bingo Anywhere has several outlets in place, most of which can be utilised without logging in, with the only exception being the ticket option. As for the others, those include live chat, email and telephone service, with each of the services being accessible 24 hours a day. Little other details are given, however players can always consult the FAQs if they’re in doubt and would prefer to refrain from contacting the support team.

What is mentioned here though, is that all emails are answered within one hour after sending, a timeframe that’s extremely impressive if true. From our personal experience, support was timely and friendly, therefore giving Bingo Anywhere yet further positive reinforcement.

Before we leave, we’d like to draw your attention to the social media accounts that Bingo Anywhere offers, which are those of Facebook and Twitter. You can be taken to their pages via the icons found at the right hand side of the site. Sadly however, the team running them doesn’t seem to be all that active, with no new posts having been made since late 2017. 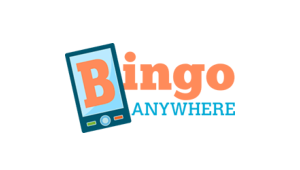