If you played with Zinger Bingo before 2017, you will have found a different experience, with the brand now being part of the new Dragonfish Real Bingo Network. In truth, not much has changed since Zinger Bingo started in 2016 and was part of the standard Dragonfish Network, however that isn’t to say you won’t spot some significant changes. The main difference with the move is that it operates on less traditional promotions and games, therefore giving its users an experience that few other sites can match. Then, of course, you have the vivid green interface of the Zinger Bingo brand, which further emphasises the site’s uniqueness; it’s tacky but it creates an environment that’s easy to recognise.

Instead of being called promos, the deals of this label are referred to as ‘zingers’; given the fact that there’s no wagering requirements, it seems to make sense to separate the offers from the typical. And yes, you read that right, there’s no rollover necessities at all, which is rare to see attached to one bonus, let alone all of them. To kick start this new age of bonuses, we bring to you the Zinger Bingo Welcome Offer.

When new users deposit £10 or over, they’ll receive as much as £70 in bingo tickets, not forgetting that the users will also be gifted a set of 10 free games. Despite the fact that the terms don’t list where to play the free spins, the bingo ticket section of the conditions does, by stating that you get £30 worth of Street Party tickets, followed by £40 worth of tickets for the Big Bang title. As previously stated, while the bonus is subject to change on the whims of Zinger Bingo, there’s still no wagering requirement for you to overcome.

In addition to this, there’s other zingers to activate, however these will only become visible once you’ve joined as a member. What is more, the deals you receive will be based on your individual account rather than you simply being given generic offers. Nonetheless, there’ll be some specials that are the same for everyone, like the daily free spins that can be won, with the number you get being dependent on your loyalty level. Despite loyalty being referenced as a contributing factor, we couldn’t find any further details with regards to VIP membership and/or anything similar.

Moving into the games, the bingo based ones come from Dragonfish, with Zinger Bingo delivering 75 and 90 ball bingo via rooms like the Ace Club, Wonky, and Last Call. If you want to see the full list of the rooms, you can scroll through them on the homepage, as well as investigating them once you’ve become a member. How nice and simple is that? A lot of the titles are as cheap as a pay-in of 5p, with numerous customers allowed to game at any one time.

Should you not fancy bingo, you can always play one of the 300 plus pokies that Zinger Bingo offers. Not only are there popular titles from NextGen Gaming and NetEnt, but there’s also table based options for those who want a more authentic casino experience. However, please note that there’s no live casino at this time, and so to experience such titles, you’ll need to game with an online casino brand rather than a bingo one.

When you’re ready to play any of the alternate activities, you’ll have to do so by logging in, with no freeplay options given to those of you who are nothing more than visitors. Personally, we find this an annoying trait, as it means you have to register without knowing for sure whether you like the games or not.

To receive a brief overview of Zinger Bingo’s banking, you need to look through the FAQs. Once there, you’ll be informed that all transactions go through a subsidiary of Cassava Enterprises, with methods like Visa, Paysafecard, and Mastercard are accepted. In spite of the number of payments not being that great, the ones allowed are commonly used and thus require few how-to details.

Regardless of you banking in EUR, USD and GBP, you’ll need to wait up to eight working days before your withdrawal is finalised. Sometimes the time it takes will be a little quicker, but generally there’ll be a wait that nobody can avoid. Furthermore, no fees are applied to either deposits or withdrawals, with a minimum of each transaction being £5 or over. What you need to know however, is that any free tickets you have from bonuses will become void if you withdraw funds before using them. It’s best to think of this as an alternative to you having to meet a wagering requirement.

To offer their services to multiple destinations rather than one, Zinger Bingo has a dual license active at this time, coming from the Government of Gibraltar and the UK Gambling Commission.

Should you ever need help, which is likely given how easy it is to get in a tizz when you don’t know what you’re doing, you can contact support via email, phone and live help. The thing is, the live help is only available when you visit the Help Room, a type of chat room attached to the bingo ones. Moreover, the team members are only active until 2am. In contrast to this, the phone services run until 1am, and so only the emails can be seen as a method without time limits. That being said, no one will answer your emails when you send them outside of operational hours.

Zinger Bingo doesn’t provide any links to social media, which seems to point to the label having no channels for us to engage with. However, this isn’t quite true. If you take the time to search outside of the brand, you’ll notice that ZingerBingo has a Facebook page for users to comment on. Sadly, none of the team members have been active on this page since 2017, which leads us to wonder whether it’s worth visiting this channel at all…? 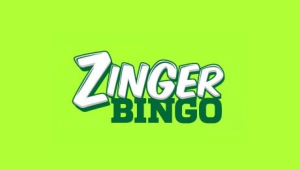