Wanting a sugary treat isn’t always a craving we can fix, but hopefully with Sugar Bingo, a Cassava Enterprises developed website, you’ll at least get a little relief. Brightly coloured with cheerful imagery, designed with a snack size interface that mirrors that of the goodies that line the interface, this 2014 released platform has aged well over the last four years. This successful transition throughout the years could be argued as being down to the Dragonfish software that’s in operation, given the fact that this brand is a hugely respected one within the community. No matter the reasons, this food lovers heaven has a lot to offer fans of 75 and 90 ball bingo.

Given the fact that this isn’t a huge online casino, SugarBingo does well in offering users a range of promotions that’ll satisfy the most picky of eaters, starting with the welcome offer of the 200% deposit bonus. This may not seem like much, but when compared with its competitors, it’s actually a fantastic deal, offering up to £77 in extra monies, not forgetting the seven free games that come with that cash.

To obtain this tidy little package, customers will need to become a member of Sugar Bingo and then allocate £10 into their account, with no promotional codes or any further extras needed. The rewards will be gifted instantly, though keep in mind that the free spins have to be used within seven days, as well as you having to meet the x99 wagering requirement. As for the bingo bonus, aka the deposit deal, that comes with a much lower rollover necessity of x3, thus making this an easier to meet term of the offer.

Once you’ve taken advantage of this bonus, there’s a few more to savour, with most of the remaining being daily deals, such as the 1p Daily Jackpots. This is a bingo focused promo only, taking place inside the 75 Ball Room up until 11pm every night. Should such offers not be enough for you, there’s always the VIP side of Sugar Bingo, called Diamond Club, which operates on a four levels system. When you’ve become part of this elite set of members, your withdrawals will be fast tracked, not forgetting that exclusive rewards will be placed into your account on a regular basis.

Just as so many other bingo websites do out there, Sugar Bingo presents much more than bingo but that too of slot machines, therefore giving this site more longevity and appeal with users. When observing the collection of games inside both the bingo lobby and the slots one, it would seem like the slots offer so much more, but that isn’t quite true because while there’s much range, the rewards of the bingo titles can reach heights of £1,000,000. Consequently, we remind you not to judge a book by its cover, and that the rooms, such as Payday Bingo, Lucky Penny and Self Made Millionaire are all worthy of your attention. And we stand by this, even though Sugar Bingo mainly caters to 75 and 90 ball bingo, instead of introducing other variants, such as 30 or 80 ball.

When talking about the bingo rooms, we’ve been referring to Dragonfish software throughout, whereas when we move to the slots room, we find games coming from NetEnt and Microgaming. As such, there’s numerous well known and hugely popular titles to play, and so Sugar Bingo shouldn’t just be regarded as a small bingo platform, but as a compact online casino as well. That being said, none of the games can be played for free unless a member, and so you need to join if you’re to game with this site. Furthermore, you won’t see the full range of activities until after registration, with only a handful displayed on the games page.

Learning how to bank with Sugar Bingo couldn’t be easier, as this brand has decided to make their details as transparent as possible, having provided a Banking subsection. Once there, you’ll see not only the providers enabled, but all the information regarding each individual provider. What is more, this will be presented alongside all the general information, such as all players being allowed five payment methods per account.

As for the currencies allowed when making a transaction, that seems to be primarily EUR, GBP and USD. Furthermore, the minimum amount you can deposit at any one time is £5, a much lower than normal sum of money seen from iGaming sites, thus allowing budget players to get involved in real money play. This low sum of money is also the minimum ask of the withdrawal policy, however rather than the process being instant (like with deposits), withdrawals can take up to 10 working days. We can appreciate that this is a long time to wait, but please consider that two of these days are the holding period, in which you can opt to reverse your withdrawal and therefore cancel the action.

Seeing as Cassava Enterprises are the operators of this site, a subsidiary of the 888 Group, it makes sense that the two licenses in place are from the UK Gambling Commission and the Government of Gibraltar. These are the two main licenses that govern Cassava Enterprises, and have been for some time now.

Finding assistance is an easy enough task, with the Help tab taking you firstly to the FAQs. This is done in an attempt to prevent misuse of the support services, however should you feel you need more help than the FAQs can give, you can turn to the contact details, which consist of telephone, email and live chat. Despite this convenience, all players need to be aware of which number/email address they’re using, as several email addresses are for marketing, etc, and some of the numbers given are for jurisdictions outside of the UK.

On top of this, you need to also be aware that the customer service options are restricted to in between 10am and 2am, with the hours varying depending on which day of the week it is. To find out the exact times, a small table of all the times has been provided upon the contact page.

Last up on our review is how active Sugar Bingo is on social media; in a surprise twist of events, we’ve been given a brand that has Twitter, Facebook, YouTube and Google+ accounts for gamers to interact with. That being said, most of these accounts haven’t been posted on, by the Sugar Bingo team, since late 2017, and so we have to question how useful they are as social channels. 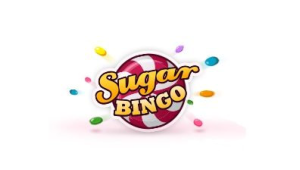