There’s been many periods throughout history that have become iconic, like the elegance of the Victorian Period, or the free loving power of the 1960s. However, some would say that neither of these two examples come close to the passion that the 1980s ignites within us; this was a time for big hair, difficult politics, and synthesised music. That’s what you’re capturing when you play the 2016 founded Rewind Bingo, a domain as brightly decorated as the fashion of the time it pays homage to. As part of the 888 Network, not only can we look forward to these aesthetics stretching across the site, but to affordable gaming that focuses on a popular pastime of ours: bingo.

To introduce you into this neon bright world, with some of you not that familiar with the period, there’s two welcome deals for users to activate: a deposit free one and a deposit specific one. Those looking to do nothing more than join and play free games, they’ll be given a £5 deal simply for registering, with this small prize subject to a x4 rollover requirement. However, should you want to go big and win real cash, you’ll be granted a 300% deposit bonus when allocating £5 or over into your account. This still comes with the same wagering requirement, but we can all agree that the returns are more considerable.

Should you be eager to test out other deals, or to browse at your leisure as you get to grips with Rewind Bingo, you’ll soon find that there’s a niche but varied offering of rewards. Some of the ones you’ll see advertised are seasonal, meaning that they depend on the time of year for them to be active. Nonetheless, for the most part the promos will be regular, often delivering daily opportunities for you to score huge piles of cash, like with Back to the Bingo. As those of you who love 80s films will have guessed, this offer references the Back to the Future franchise; all participants can win as much as £100 every two hours, when joining in with certain 75 and 90 ball titles.

Of course, there’s not just these deal but several others as well, such as Penny Games and the £13K Wacko Jackpot. But should you want to get more bang for your buck, even on top of everything we’ve already detailed, then you need to investigate the Diamond Club. Some among you may have already heard of this VIP scheme, as it’s used across many Dragonfish labels. However, on the off chance that you don’t know about it, it’s a level system that unlocking better rewards the higher up the ranks you progress. It’s a simple means of generating better rewards, but we find it’s one that any member can partake in, as long as they’re real cash gamers.

As we’ve already mentioned, most of the activities you can play are 90 and 75 ball bingo, with the rooms varying in their means of entertainment. For example, sometimes you’ll be able to play for free, while other times you’ll be playing to unlock jackpots; these are all connected to bingo rooms, however the names of them are withheld from non-members. Although frustrating, it goes to show that variance isn’t an issue with Rewind Bingo, a statement that’s reaffirmed by the array of alternate activities provided.

Customers don’t need to be bingo fans to join Rewind Bingo, as there’s one armed bandits, mini games, table activities, and instant wins; it’s like a casino, but on a much smaller scale. These games, which primarily come from NetEnt, can be played for free or with real money, with a lot of the titles accessible by membership only. Most of the time you’ll be playing big name games, such as Starburst, however occasionally you’ll play less well known titles as well.

In addition to these two subsections, there’s also VIP Games for those of you who have been accepted by the Diamond Club. These activities consist of both bingo and casino titles, however all the games will require money for you to play, which slightly reduces their unique qualities.

Should you be seeking details in regards to the money side of things, then Rewind Bingo provides information via its dedicated Banking section. There you’ll notice that while the table of methods is small, the providers listed are among the most popular, like Visa, Mastercard and Neteller. Each of these cater to their own set of permitted currencies, though as a general rule, EUR and GBP are perfectly fine when going through processing.

Deposits tend to be instant, unless banking via wire transfer, whereas withdrawal can be lengthy in its predicated timeframes, due to the holding period before going into processing. Moreover, the turnaround is dependent on the method chosen, with some being much quicker than others, with this being true even if you bank the minimum amount of £5. From what we could gleam from the details provided, there appears to be no charges placed on either type of transaction.

All the services of Rewind Bingo are covered by a dual license, which comes from the Government of Gibraltar and the UK Gambling Commission. These governing bodies watch over all of Cassava Enterprises websites.

When it comes to assistance, Rewind Bingo is fairly active, providing instant messaging, phone and email support. However, some of these options aren’t as accessible as others, like the live chat, an option that’s only accessed when within the chat rooms of the site. Or like the phone support, which only operates until 2am every day. Therefore, it’s only really email that is the simplest method to engage with, and yet it could be argued as being one of the slowest.

In reference to social media, should that be part of the brand you’re interested in, RewindBingo doesn’t seem to link to any channels. Considering how modern the label is, this seems like an unusual choice, and yet it’s one we’ve experienced from Cassava enterprises before. 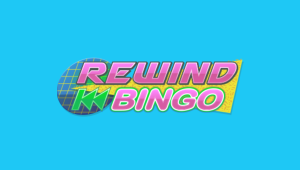