Unfortunately Nugget Bingo is now closed, but there's no need to worry! Check out hundreds of alternative bingo sites at New-OnlineBingoSites.co.uk!

No matter which way you look at it, 2016 was a good development year for Cozy Games, the operators behind the Nugget Bingo label. Located on the Isle of Man, the company has churned out numerous websites, many of which are dedicated to various forms of bingo activity. The golden shine of this goldmine is just one more label to add to their list, but does that make it any less interesting? We think not, as once again, we find another bingo site that’s part of the the UK’s Live Bingo Network, a system of top notch bingo websites that’s continuously growing its membership. All of which points us in the direction of good games service, service which we’re going to review, starting with the promotions of Nugget Bingo.

Looking at the promo page, we can see that players receive an adequate supply of rewards, with the majority of the offers dedicated to the bingo side of the website. Although not an issue, given its target audience, those who come for the additional software, may find the selection less than generous. Nonetheless, that won’t change the types of offers given.

Offers such as the £3,000 free bingo week, which begins the moment you become a member and lasts for seven days. You see, the bingo games are played in rooms, with the Newbie Room an exclusive only available when you first start out; it’s here that this bonus is played. Between the hours of 7 and 1am, you’ll be able to purchase 12 bingo tickets for free, which can equate to the £3,000 in free gaming. To qualify, you need to be a newbie and have registered a credit card, with you also ready to deal with the x8 wagering requirement for all bingo games.

Moving on from this, there’s also the deposit bonuses, of varying size, designed for those of you who intend to go all out with real cash gameplay. However, it’s not that offer we wish to look at further, but the £1,000 Sliding Jackpot that belongs to the 90 Big Ben room. Everyday, between the hours of 6 and 11pm, customers can join in with a bingo game with the chance of winning as much as £6,000 in jackpots. These games start at the top of the hour, aka at the start of it, with the size of sliding jackpot dependent on the number of active gamers.

Last up on our walkthrough of promos is the loyalty scheme, a system of rewards that everyone automatically opts into the moment they join. Like many other iGaming sites out there, this label uses loyalty points to gift its users with additional funds, with these points then converted into real cash. Unlike other sites however, these points are capped at 800 per week, with the conversion rate being one point into 1p of money.

If you’ve played games from other Cozy Games websites, you’ll have noticed that bingo isn’t all that they serve, for they also bring one armed bandits and instant win scratchers. Well, Nugget Bingo is no different in that regard, or in the software involved, which primarily comes from NetEnt, Cozy Games itself, and Eyecon. Although we’d like to say that more developers are involved, this just isn’t the case, due to the limited range of games. Not that we’d call over 35 slot machines all that limited in reality, but it is smaller than large online casinos.

Most of the slots and other titles can be played for real cash, although some can be played using what’s known as Bonus Bucks. This is a form of currency used to reward Nugget Bingo users. In spite of there being this special money to make use of, it doesn’t seem like you can use it when playing the bingo games, as the lobby illustrates. Nevertheless, instead of BBs games, you get rooms of different ball bingo, with Victoria 90, City Hall 30 Ball, and 90 Ball Big Ben a few of the options available.

Each of the games has a varying amount of active users taking part, with you able to join in your own time, via instant access or prebuy tickets. Moreover, you’ll be able to spend as little as 1p but work your way towards huge jackpots worth over £2,000. Not bad for a compact little bingo site.

As we change up the gear and confirm that we’re paying customers, this means that we have to select a means with which to transfer funds. In terms of diversity, Nugget Bingo is far from the most dynamic, with under ten payment options given to paying customers, which include Paysafecard, Visa, and Boku. Although these are mostly popular methods, there’s nothing like been given an enormous range to choose from, thus widening accessibility.

No matter though, as you can still deposit from as little as £10, great range or not, with all deposits allocated immediately. However, as we crossover to withdrawals, we find a less speedy service, with completion of such transactions taking up to three business days. While that may sound lengthy, we can assure you it’s quicker than other brands out there. As for the limitations of these services, there’s a weekly cap of £300 that applies to all users, alongside a monthly one that’s worth £5,000.

Due to the nature of this site, Cozy Games has had to be granted licensing in order to meet certain laws across the world. To strengthen not only its security, but to open up the website to more gamers, Nugget Bingo has two licenses rather than the one. These come from the Isle of Man Gambling Commission and the UK Gambling Commission, two names we continue to see joined with Cozy Games brands.

Available 24 hours a day, with no breaks in between, are the capabilities of the support system, governed by several options including that of live chat and email. Of course, there’s more than those two methods, with telephone support and an innovative in-site emailing system also utilised. This is true of all Cozy Games sites, thus making it easy for players to contact with the team, as well as providing them with a network they feel comfortable using.

Advertised on the website, as buttons to the side of the screen, are the social media channels of Facebook and Twitter. In the past we’ve had little luck with the social channels of Cozy Games, but we’re happy to report that these two channels are incredibly active, with posts from just a couple of days back. 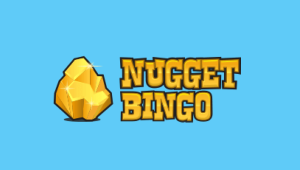