Sporting the eyes of The Looney Tunes, Loony Bingo is clearly a label that is all about being quirky and funny. However, as it’s important to have more than one gimmick to its name, we’re glad to report that this 2015 established website has raised through the ranks due to its selection of games. Owned by Cassava Enterprises, this is just one example of what they’ve produced over recent years, with the company once again showcasing their partnership with Dragonfish software. Even though this is the case, we can see that some of the titles offered come from other developers, a factor which we’ll explore later within this Loony Bingo review.

Bonuses are what we’re eager to learn more about, seeing as how promotions can ensure that customers stick around if what they’re offered is decent enough. Even though we wouldn’t say that Loony Bingo has gone above and beyond what they should deliver us, there’s several rewards in place for all types of gamers to activate. One of the most obvious is that of the welcome deal, which is a small but pleasant 100% bonus for the first £10 deposited.

Not only will you grab yourself a great bingo bonus, but you’ll also be given a £20 worth of tickets for the £777 Jackpot. We’re not told what this is, but given the fact that lots of moneys is involved and the extra funds are considerable, we feel it’s something worth exploring. If you feel the same way, you’ll need to overcome a tiny x3 wagering requirement, which is one of the lowest figures we’ve seen from a Cassava Enterprises website.

In combination with the welcome deal, there’s also the likes of Money Penny and Self Made Millionaire, two of the remaining bonuses left for you to unlock, and seemingly on a regular basis. Then, as if you hadn’t been provided with enough variance already, LoonyBingo has a VIP club that you can try out for, called the Diamond Club. This is a invitation only scheme, with players reviewed each month to see if someone new qualifies as a VIP of the basic Ruby Level.

Ruby is where you’ll start off once accepted, while Diamond is at the very top of the VIP pyramid. Those fortunate enough to be accepted can expect increased promotional materials and personalised VIP managers; as you progress up the ranks, more rewards will be credited to you and your account. Should you want to learn more about this, you can contact the support teams and direct relevant questions to them.

Anyone who isn’t a member won’t be able to play Dragonfish’s bingo activities, which cater to the commonly seen 90 and 75 ball formats. This doesn’t mean that there’s only two bingo rooms, but it does mean that you’re going to miss out on formats like 30 and 80 ball bingo, which other brands do offer. Alongside the paid games, there’s also freeplay options and multiplying jackpots, with rooms specifically offering these each. We’d also like to point out that there’s an exclusive title called Suit Up, which is a type of Bingo card game.

Moving away from bingo however, is how you’ll access online pokies, another popular option that iGaming fans love to take part in. The true number of slots is kept obscure from guests, with the main serving only given to those who take the plunge and register via the membership form. Although that’s the case, you can see from the couple of activities displayed, that Dragonfish has provided some exceptional one armed bandits.

All in all, there’s approximately 300 slot machines for customers to test out, with the occasional extra brand, like NetEnt, available to play. This isn’t always the case with Cassava Enterprises bingo sites, which is why we want to draw your attention to this. You’ll also find that there’s the occasional table based title to play on, as well as scratchcards, though they’re fewer in number.

For those of you who are moving from guest to paying members, you need to know that a maximum of five payment methods can be associated with any one account. This is most generous, with the most we’ve ever seen previously only being three options. Another factor we highly value is that EUR, GBP and USD are also accepted, with providers stating that they’ll cater to many other currencies as well.

When making a transaction, a small figure of £5 is required, and this does refer to withdrawals as well as deposits. Furthermore, a total of 10 separate removals of money can be made each day, with these often being lumped together for speedier processing. That being said, we can’t avoid the fact that several business days are needed for transactions to complete. Given how fast paced our lives are, this is far from convenient.

Seeing as you already know who the operators are, we’re going to bypass that detail and move onto the licenses. Loony Bingo has two in operation rather than just one, with this dual licensing coming from two major regulating bodies: the UK Gambling Commission and the Government of Gibraltar.

Despite saying that they’re available 24 hours a day, the services of Loony Bingo isn’t that cut and dry. This is due to the telephone support because while email and live chat may be open all hours of the day, the phone services close at 1am, regardless of whether you’re a VIP or standard member. On the plus side, UK gamers get to relish the joys of a toll free phone line. It’s not much, but it’s something for you to be thankful for, especially if you have a lot of issues to overcome.

When it comes to social media, Loony Bingo has four different accounts: one on Twitter, one on Facebook, another on Google+, and a last one on YouTube. To ensure that they’re still active, we connected to each of these profiles and found that, most of the time, the last set of posts were done in late 2017. And so, while the channels are active, they’re not always manned by the team. 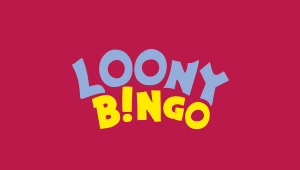