Unfortunately Goldfish Bingo is now closed, but there's no need to worry! Check out hundreds of alternative bingo sites at New-OnlineBingoSites.co.uk!

Few iGaming brands have such a rollercoaster history than that of Goldfish Bingo. First launched way back in 2011, the site had a steady stream of customers, right up until it disappeared and all of its customers were sent to other bingo platforms instead. No reason was given for this, therefore leading many to believe that Goldfish Bingo was finished, but then in 2016 it reared its head again. Few Cozy Games bingo sites have been as turbulent as this one, not that it’s stopped the label from becoming part of the Best Bingo Network. As those of you who frequent the bingo community will know already, networks somewhat define the website and its objectives to potential users, with BBN seen as a reliable network nestled among the others available.

Even though time may have changed the aesthetics of this purple themed domain, it hasn’t altered how Cozy Games approaches their bonuses. What users find presented are in line with the other sites that come from the operators, and so we have a kind of ‘old faithful’ vibe coming off of the promotion materials, like with the deposit bonuses.

Many games sites offer deposit bonuses, as it’s a great way to part with your money and yet feel like you’re winning at the same time, as you’re getting more cash back. This is how the welcome bonus works, with players allocating £10 to receive a 300% match of up to £120, no codes needed. What is more, the lucky streak of bonuses can continue thanks to the 150% and 100% bonuses also available, valued up to £60 and £50 retrospectively, also free of promo codes. The only real terms you need to be wary of are the x4 rollovers attached to each one of these deals.

From thereon in, you can tackle your membership how you see fit, either choosing to activate the free bingo tickets worth £3K inside the Newbie Bingo Room, or by continuing onward to the existing customer specials. No matter which way you choose to proceed, Goldfish Bingo will make sure that there’s a bonus for you to sink your teeth into, primarily in the form of bingo room features. One such example is that of Night Owls, a special designed for all of you who wake up once the sun goes down; played inside the Big Ben Room, tickets cost as little as 5p.

Partnered up with the special offers are Bonus Bucks, a unique money exclusive to Cozy Games websites, with them awarded for your continued loyalty. These bucks can be used to play a range of the titles listed on the site, often meaning that you receive prolonged gaming times as an added bonus. But wait, there’s more, as there’s loyalty points scored from playing real cash games as well, with these loyalty points able to be added up and then converted into cash. It’s not quite a VIP club, but it certainly separates standard players from those fanatically dedicated to Goldfish Bingo.

Given the fact that Cozy Games is the operator of this platform, it’s natural that they’ve used some of their software for the games listed; plenty of other brands do this, such as Nektan and Dragonfish. Not that they simply utilise their own activities, for they also work with other developers, in this instance that of Eyecon and NetEnt. For those of you who’ve played with Cozy Games previously, you’ll know that these two providers always make an appearance on one site or another. It’s like an unwritten rule.

You’ll find that most of Cozy Games’ work is within the bingo lobby, in which there’s the Victoria 90 Room, Big Ben Room, the Newbie Bingo Room and five others to choose from. These all have a specific type of bingo that they promote, anywhere from 90 to 70 to 80 ball bingo, there’s even some 35 ball games to be had also. Every single game, no matter which format it is, allows prebuy tickets, as well as customers being able to jump straight into games already in progress. Moreover, ticket prices remain low across the board, while cash prizes tend to vary depending on which room you’ve joined.

As for the other activities of Goldfish Bingo, those consist of one armed bandits and mini games that are typically seen at online casinos. These titles are popular, easy to play, and more often than not are cost effective with their betting thresholds, however there doesn’t seem to by any freeplay options at this time. What is more, there’s no live casino offers, given the fact that bingo is the focus of the software and not VR gaming, the lack of live dealers seems more than reasonable.

We wouldn’t say that this label goes all out in which payment methods are allowed, as they keep it fairly compact while also allowing for the most commonly seen forms of payment; it’s a win win for most customers. Nevertheless, without providers like Trustly, etc, some of you may not be able to bank as conveniently as you’d like.

In regards to banking fees, which hound a lot of iGaming users, Goldfish Bingo is devoid of them, though they do warn that your banks/ewallets can choose to apply their own fees if they wish to. Furthermore, withdrawals are subject to you passing the wagering requirements of the bonuses you’ve activated, with the turnaround time once processed taking up to three business days. All of this is done in either GBP or EUR currencies.

To give you peace of mind throughout your experience, Goldfish Bingo has two active licenses, one from the UK Gambling Commission and the other from the Government of Gibraltar.

If you’ve ever struggled with getting your head around the support options of a site, that isn’t a problem that should ever bother you when with Goldfish Bingo. The reason being that every one of the support outlets is explained in full, some of which even detail average turnaround times. The options available to you are that of a ticket system, email, live chat, and telephone, all of which are accessible 24/7. In addition to this, there’s also the FAQs, a resource that few utilise to its fullest, and yet it can help you along no end.

As far as we can tell (and we did search Google as well as Goldfish Bingo itself), there’s no sign of there being related social media channels. We can’t say that we’re surprised, as this seems to be something that Cozy Games does more often than not, a decision which we feel halts the progress of some of its labels. 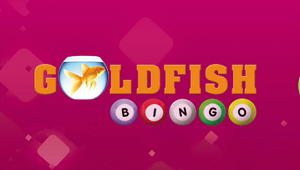