Online since: 2013
Welcome Bonus: A spin of the Mega Reel

If the details of this iGaming platform look familiar, it’s due to the fact that Jumpman Gaming are behind its creation, with them acting as the operators of the site. Before you start to jump to conclusions, this isn’t one of their casino platforms but is in fact one of their bingo websites. Although equal in quality, not everyone is aware of the influence Jumpman Gaming has within this section of the market.

In addition to having such respected operators, Elf Bingo is also a recognised 15 Network site and has been since its release in 2013. Sites belonging to this nexus provide UK based support, dual licensing, mobile compatibility, and ranged monetary prizes. This may not sound like much, but considering the fact that the 15 Network is seen as one of the best networks, we see this as a sign of quality.

Due to being part of the aforementioned network, as well as being operated by Jumpman, it’s unsurprising that the promotions are similar in nature to those upon their other sites. There’s some marked differences, with the promotions centred upon bingo instead of slots or other such activities, but overall it’s the same set of deals you’ve engaged with previously. Nonetheless, we shouldn’t overlook the possibilities they provide, even more so if you’re new to Jumpman’s services.

All in all, there’s six offers on display, one of which is in relation to the VIP club, while the others are for either newbies, existing users or them both; the collection is small but fair. Take the welcome offer as an example: a wheel of fortune offer is available to those of you who are willing to deposit £20 or over, thus giving you a spin of the Mega Reel. This unique ‘reel’ has numerous prizes upon it, from 500 free spins to Amazon vouchers and all in between. Furthermore, while this is a welcome deal primarily, you can activate it again with continued deposits of £20 – just make sure you’re willing to meet the x65 rollover requirement.

Joining in on the newcomers package is a 31 day special in which you can receive at least a 1% cashback, on a weekly basis! Compact though it may be, it delivers extra money, which is never a bad thing. Following on from there, we then have two types of free bingo rooms – one for standard users and the other for VIPs – in which you can be entertained without paying a fee and yet win real prizes. This is also running alongside the Happy Hour deal that happens every Sunday.

What is more, there’s then the VIP scheme, a means of receiving a Birthday Bonus and other such exclusives, with the prizes increasing in worth the higher up the levels you travel. Oh, and let’s not forget the Trophies you can pick up as you level up along the way, another form of loyalty scheme that can lead to additional spins of the Mega Reel.

If you visit the All Games page and get confused for a second, that’s perfectly natural, as you’re presented with slot machines before the bingo rooms. Curious although that may be, in works well in highlighting how adaptable this brand is. Moreover, it demonstrates that there’s multiple software developers at work within the services of this site, such as Amaya, Eyecon, and Jumpman Gaming itself. These activities take the forms of pokies, 75 and 90 ball bingo, table games, and progressive jackpots.

Assuming you want to play bingo before all other titles, proceed to the bingo subsection and you’ll discover seven rooms, such as Glitz and Glam, Fair and Square, and Lucky Stars. These halls won’t just detail when the next round of games will start, but will also display how many players are currently active, and what the grand prize is valued at. What’s lacking here however, is that the rooms don’t mention which form of bingo they offer, which could put some visitors off from exploring the rooms’ capabilities further.

Elf Bingo, while being part of a recognisable network, isn’t all that accessible when it comes to currencies, as only GBP is permitted for both deposits and withdrawals. Although not unheard of, it’s rare for even UK focused websites to be so niche in their options. This limited approach seems to continue into the payment methods enabled, with Visa, Mastercard and PayPal being part of the small list. Fortunately, even though there’s not that many options, you can have up to three payment methods linked to your Elf Bingo account, therefore enabling some flexibility.

The minimum deposit requirement is £10, though you’ll need to increase that to £20 if you want to spin the Mega Reel, whereas the withdrawals are set at £30. Should you find that you’re unable to take out cash, it could be because you’ve attempted to do so within a 48 window of either depositing money or after adding a new payment. If you manage make the transaction, there’ll be a 48 pending window to deal with, followed by up to three days before the money is credited to your bank account/ewallet.

As we mentioned back at the beginning of our review, there’s a dual license governing Elf Bingo, with the site’s services being upheld by the UK Gambling Commission and the Alderney Gambling Control Commission.

Finding the support options isn’t a tedious task, but you may find the options provided less than you’re accustomed to, seeing as how you can only utilise the FAQs, send an email or chat via live chat.

Each one of these outlets are reasonable enough, but it’s the lack of telephone support we’re most concerned with, and the lack of info about operational hours. To find the latter of these details, you need to go into the FAQs and scroll to the contact question at the bottom. It’s far from convenient, and adds more steps than is needed, but at least you’ll learn that assistance is available between 9:30am and 6pm, five days a week.

Despite having been established back in 2013, Elf Bingo has a very active Facebook page, even though they don’t link to it upon their homepage. We often find that iGaming labels have started to neglect their social channels by now, but luckily that isn’t the case this time round. In reference to other social media accounts, we weren’t able to find any, and so have to assume that Facebook is the only platform being used. 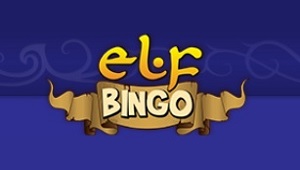 Spin the Mega Wheel for your chance to win amazing prizes including Amazon vouchers and 500 Free Spins on Fluffy Favourites!
Play