Unfortunately Dandy Bingo is now closed, but there's no need to worry! Check out hundreds of alternative bingo sites at New-OnlineBingoSites.co.uk!

We’re hoping to be all fine and dandy when playing with Dandy Bingo, a popular bingo platform that has undergone various changes since it launched in 2011. The reason for these changes lies in its design, as in 2014 it was given a much needed facelift, to the brightly coloured pink and blue aesthetic you see today. Despite this, the software of the brand, coming from Cozy Games, has remained the same, as too has the site’s inclusion to the Best Bingo Network. For all intents and purposes, this seven year old website is doing great, with it now delivering over 200 activities to its registered gamers, as well as a regular array of promotional materials.

In terms of rewards, Dandy Bingo is on par with numerous other bingo sites out there, especially those that involve Cozy Games software. This, in large, is due to the operators, ElectraWorks, using the same design and features as with other platforms released by them. In spite of the obvious similarities, nobody can deny the allure of seven whole days of free bingo games.

All newcomers have the option, regardless of whether they deposit funds, to access the Newbie Bingo Room, in which they can access 12 bingo tickets for each of the games available. These tickets are free of charge, with them playable across the first week of becoming a member. Should you be fortunate enough to win, you’ll need to overcome the wagering requirement of x4, as well as making an initial deposit, in order to access that money. If this feels unfair, given the promo being a ‘freebie’, you can always opt in for the traditional deposit bonus, in which three offers can be activated via a deposit of £10 or over. Everyone will first be given a 300% deposit bonus, followed by a 150% and 100% one, should you take advantage of this welcome package to the fullest. Just as with the other bonuses detailed, the requirement of x4 must be met.

Seeing as no bingo site is just for newcomers, Dandy Bingo has addressed the needs of its returning users by providing several well rounded deals; most of these are room based, with the only exception being the Bonus Bucks and loyalty scheme. In reference to bonuses unlocked inside rooms, there’s Night Owls offering seeded pots of £20, as well as Penny Bingo delivering fixed pots of £5. As for the BBs, they’re awarded for your continued loyalty, as too are the loyalty points of Dandy Bingo. The only difference between the two is that BBs can be used to play games rather than real money, whereas the points can be redeemed for cash.

Regardless of your preferred approach to iGaming, Dandy Bingo has you covered, presenting to gamers a range of bingo games, from 90 to 80 to 75 ball, as well as tabletop titles and slot machines. These have been separated into categories, to help with the user friendliness of the site, which we feel is exceptional with this Cozy Games site and all others.

When looking to play bingo titles, there’s plenty of options available, as there’s eight rooms to work through, such as Big Ben, Victoria 90, and City Hall, with users being able to pre purchase tickets and/or just step into a game already in play. The price of each room varies, but they’re often no more than mere pence (or your currency equivalent). What is more, a wide range of other gamers will be inside these bingo halls with you, with the option to chat with them if you so wish.

Moving onto the other activities, these primarily come from Cozy Games itself, Eyecon, and NetEnt, with the pokies the most diverse of the games listed. Those who are accustomed to online casinos will know the drill: you select the title you want and it’ll start playing, provided you have money to wager as a bet. Sadly, there’s no freeplays. However, at least you can favourite the titles that you love the most, which in turn should make finding them later on much easier.

Your money is in safe hands with Dandy Bingo, thanks to the methods available for both deposits and withdrawals; users can opt to use credit/debit cards, like Visa, as well as Paysafecard and ewallets like PayPal. Most of the time, an allocation of funds can be made with as little as £5, however if you want that welcome bonus, you’ll need to transfer £10 instead. As for withdrawals, they don’t ask for a specific amount as a minimum, only that you meet the rollover amounts of the promotions. We argued that this is much simpler.

All monies are processed in either EUR or GBP, with few other currencies listed within the FAQs and Terms. Despite this being somewhat limiting, the rest of the withdrawal policy isn’t, as money should be transferred into your account within three business days, once the 48 hour processing window has been met.

By acting as operators, ElectraWorks is held in check by a dual license from two well known bodies: the UK Gambling Commission and the Government of Gibraltar. Although some details about this are placed at the bottom of the homepage, for more information you’ll need to contact the brand.

So as to be as responsible as possible for your welfare, DandyBingo has a diverse mix of customer service options for players to select from. Not only can you call or live message, but you can also send emails and take out a ticket, the latter of which is an onsite system that all Cozy Games websites utilise. All of these are open 24/7, with the team helpful and professional in their roles. It’s a tightly run ship, which uses an efficient system.

If there’s a social channel belonging to Dandy Bingo, we couldn’t find it, and we did search Google for both Facebook and Twitter accounts. Even though this is a disappointing development, the Best Bingo Network has their own social media channels, thus allowing you to connect with fellow gamers. True, they may not necessarily be from DandyBingo, but they’ll be part of the nexus that the brand is a small part of. 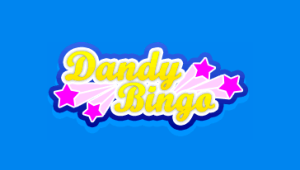