Looking for dangerous animals isn’t an activity that everyone wants to join in with, but when it comes to Crocodile Bingo, hunting predators is part of the experience. Not that it’s going to be an aggressive ride, as this website is more joyfully comedic than frightening, as highlighted by the colourful graphics of the interface. Before doing further research, it’s pretty obvious that this label is newly released, with the specifics of its launch dating back to 2016. In addition to finding its release date, we also learn that Jackpotjoy are the owners of this website, with the software having been provided by Dragonfish. Seen as an entry point to success, this provider is one of the best around, at least in the terms of B2B.

Despite the details of the bonuses not being openly displayed before you become members, it doesn’t take long for us to find information surrounding the promos other than the welcome offer. This way, instead of you having to sign up to see the full intricacies of the bonuses, you can now use this review to see whether Crocodile Bingo is the right platform for you. Talk about more convenient.

In regards to the welcome deal we just mentioned, it consists of a 200% deposit bonus for deposits over £10, with the most you can receive being capped at a small £20. Granted it’s not exactly going to blow your mind or get you excited, but at least you can start with some extra cash, and without a hefty wagering requirement attached; in this case, the rollover ask is just x4. Most of the time, you’ll find that this site will try to make the deals as affordable as possible, as we hope to demonstrate later on.

A far more fun promo to activate when a member is Crocodile Dentist. Given the name of this game, it’s clear that teeth are going to be involved, but the teeth you’ll be looking at will be that of the website’s mascot. The reason you’re doing this? Well, it turns out that too many sweets are bad for you, and so you need to remove the rotten tooth, with various prizes on the end of it. This, as well as a few other deals, like Crazy Croc, can be activated whenever you want.

Should you want to be a dedicated gamer, one that is rewarded for continued loyalty, then the VIP scheme, aka the Diamond Club, is the right option for you. Most bingo sites that use Dragonfish software offers this club, with gamers seen as part of the big leagues from the moment they start playing. To gain traction and become an exclusive user, you need to collect diamonds by playing the games with real money.

According to other reviews out there, Crocodile Bingo is said to be exceptional for online gaming however, while we can understand their praise, we wouldn’t say that it’s better than other labels out there. Our reason for saying this is because only 75, 90 and five line bingo is offered via the Bingo lobby, which is a lot less than what Cozy Games gifts us. What is more, there doesn’t seem to be as many bingo rooms as could be, with players able to choose from VIP games, freeplay options, and a room specifically for jackpots.

Moving away from bingo and towards casino titles like card based activities, pokies and instant wins, Crocodile Bingo provides NetEnt and Eyecon games as well as the Dragonfish games we’ve mentioned previously. In spite of the range not being as considerable as a major online casino, we find that the variance on offer is substantial enough for those primarily interested in more immediate returns.

Seeing as how there’s no live casino options, most of the games can be played for free, which provides users with a handy way of testing out the dynamics of the gameplay. Of course, there’ll be some exceptions to this rule, and so spending money will come into your membership at some point along the way.

Regardless of whether you bank in EUR, GBP or USD, you’ll be able to decide whether you play by using a credit/debit card like Solo and Visa, or whether you make use of ewallets, such as PayPal and Neteller. In truth, the options given aren’t that diverse, however they serve as a generally suitable means of making a transaction.

When it comes to issues surrounding the accessibility of Crocodile Bingo, it isn’t the payment methods that cause problems but the length of time transactions take, specifically that of the withdrawals. The reason for this is because your funds will be held for 48 hours before being put through to processing; this is done so that you can cancel your withdrawal within two days of putting it through. Of course, if you miss this window, you’ll have to wait for seven or more days for the money to go into your bank account.

To be in line with iGaming regulations, Crocodile Bingo has two governing bodies in operation at this time, these come in the form of the Government of Gibraltar and the UK Gambling Commission.

Before contacting support, there’s the FAQs, the most likely place you’ll go when running into any issues, on the off chance that it can be easily solved. Of course, if you require further assistance, that’s when the 24/7 ssupport options come into action, which happens to include email and live chat. There is a telephone method for users to utilise as well, however it doesn’t run 24 hours a day but only until 2am. Given how easy it is to ue other resources, it makes sense that phone calls aren’t manned all around the clock.

When we started searching for social media accounts, we soon discovered that while Crocodile Bingo is mentioned on social channels, none of them belong to the label itself. This seems to be further reinforced by the lack of references of any social media pages across the website. 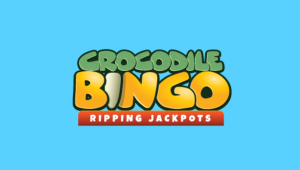