Contrary to how a lot of people may use the term ‘booty’ nowadays, at one time it was in reference to treasure, typically that of pirates, which is what Booty Bingo is recapturing. This sunshine filled, sandy interface is a creation from Cozy Games and ElectraWorks, not forgetting that this label is also part of the illustrious Live Bingo Network; basically, it has all the credentials you could ever wish for from an iGaming platform to have.

As this is a bingo inspired domain, it makes sense that Cozy Games has provided an ample supply of bingo based activities, but what users may not expect to find is a wide array of pokies and instant wins also. Booty Bingo isn’t just for the bingo lovers out there, but for many other types of gamers as well, therefore creating a flexible and free loving image of itself, an ideology that’s been attached to it since its establishment in 2012.

What we’re most excited about when it comes to the offers of Booty Bingo is that they don’t necessarily follow the conventional pattern we usually see from Cozy Games. This isn’t to say that there’s no familiar deals, as there’s plenty of those available, but that some of the offers are rarely seen, such as the free spins deposit bonus. Yes, although Booty Bingo wants to set itself as a bingo site, that isn’t to say that it’s going to overlook its pokie fans.

To unlock this bonus, all that new players need to do is make a small £10 deposit in exchange for a 100% bonus, alongside 20 free games on the slot machine Fluffy Favourites. We wouldn’t say that this is one of Eyecon’s best titles, but it’s certainly regarded as one of its classics among community members. Due to there being two different parts to this bonus, this means that there’s two contrasting wagering requirements: the deposit bonus is set at x4, whereas the spins are at a much higher x40 before withdrawing funds. What is more, the spins will only be valid for seven days, much like the deposit bonus being given.

Another unfamiliar bonus, at least to some customers, will be the Fortune Wheel. As long as you’ve deposited money within the last seven days, valued at £10 or more, and have logged in each day of that week, then you’ll be able to spin this wheel. Filled with varying prizes, like bingo tickets and bonus monies, this is a regular promo that a lot of you will want to take advantage of it. Of course, due to the nature of this promotion, there’s the same requirements asked of customers as with other deals, e.g. that a x4 and x40 rollover requirement has to be met.

Moving on from here, Booty Bingo also delivers a range of other deals, mostly focused upon the bingo rooms of the platform. Moreover, there’s also the loyalty scheme for you to become involved with, in which points are generated by playing the titles with real money. These points work like they do with other iGaming sites, in that you can redeem them for bonus funds. It’s a simple set of rewards, but they ensure that dedicated gamers get the rewards they so fittingly deserve.

Before we get into the bingo titles, we’d like to point out the numerous slots and tabletop activities you can engage with, seeing as how you probably wasn’t expecting to see any. Booty Bingo has partnered up with NetEnt and Eyecon to provide a thrilling catalog of games for both paying and freeplaying customers to select from. And best of all, there’s a lot of the most popular pokies provided, such as Starburst. In all honesty, what’s on display here is higher in diversity than the bingo rooms of Booty Bingo, however at the same time, you can play these slots anywhere, whereas bingo is sometimes harder to come by.

This is even more true when looking for websites as flexible as Booty Bingo, mainly because other labels stick to 90 ball bingo, whereas here 30, 75, 80 and 90 ball bingo are delivered. Talk about diversity. What is more, this platform also offers a generous mix of bingo rooms, including that of the Newbie Room, Hump Day Room, and Big Ben Room; there’s more than these three, but these are among some of the most popular with users.

Each room has their own ticket price, but you’ll find that you won’t be spending more than a few pence (or your currency equivalent) in order to access them. Furthermore, players will be able to join in with games in already in action, or purchase tickets in advance and wait for a new game to start. Lastly, everyone will be able to see how many fellow gamers are active inside these rooms, and the sorts of jackpots that are available from some of the activities from within these rooms.

Inside the banking details of this website, there’s not only the permitted providers, but also the order in which BootyBingo recommends them; most Cozy Games sites do this. Regardless of whether you take their advice or not, you’ll only be able to select from either Boku, PayPal, Mastercard, Visa, Skrill, Neteller, and Paysafecard. This isn’t a poor range of options in truth, but it is one of the smaller we’ve come across throughout our time as reviewers.

No matter which one of the above you decide upon, the minimum requirements for both deposits and withdrawals will remain the same: a min of £10 is needed for allocations, whereas no limit is listed for withdrawals. That being said, you’ll have had to have met the wagering requirements if you’re to make any form of withdrawal in the first place. Moreover, it can take three days before any money removed is then sent to your bank/ewallet account.

As is the requirement of every online casino within Europe, a license has to be in place; in this instance, this bingo site has two of them, from the Government of Gibraltar and the UK Gambling Commission.

Should you have been exploring Booty Bingo for yourselves already, you’ll have seen that the live chat option is proudly displayed on the right hand side of your screens, however you may not know of the other outlets. These include a ticket system, emails, and telephone, not forgetting that the FAQs can also be used in times of trouble. Every single option we’ve listed, and that Booty Bingo has mentioned, is available 24/7.

Immediately you’ll be able to see that there’s a Facebook widget for users to link to if they wish to connect with this label’s social pages. We wouldn’t say that the Facebook channel it connects to is that active, seeing as its posts date back to 2017, but at least Booty Bingo has a page to view to begin with. 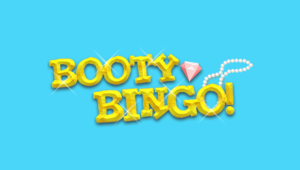