If you’ve got a monster appetite for all things tasty, you may want to combine two of your passions and visit the 2010 launched Bingo Bytes. This large plateful of spaghetti and bingo balls is a Live Bingo Network recognised site, as well as being part of the Cozy Games brand, due to its software. Then, on top of this, this fabulously pink interface is also operated by ElectraWorks, a company that’s synonymous with online bingo, having released countless other websites of this nature. From what we can see, this isn’t the most recent of iGaming innovations, but it’s still highly regarded among its players, which should mean good services for those yet to join.

What we most enjoy about a brand that’s part of a long line of well received releases, is that the promotions are familiar to us, meaning that we don’t have to work hard in order to unlock the rewards. This bingo site offers a modest array of bonuses, all of which are available from other Cozy Games and ElectraWorks bingo platforms; they’re not originals, but they ensure you get stuck into the thick of things at a much quicker pace.

All new users have the option to take out two welcome packages, with one activated from the moment you register an account. However, this deal – the £3K bingo tickets deal – is only available for your first seven days of membership, and so you need to jump on in immediately if you’re to feel the benefits.

For those of you not familiar with this offer, it provides seven whole days of free bingo inside of the Newbie Bingo Room. What is more, 12 tickets for each game is offered, hence you being able to score up to £3,000 in bingo matches. Not bad at all for a freebie… well, before you celebrate just yet, it’s only free until you make a win, in which case those winnings are than subject to the x4 wagering requirement. As for the other welcome deal, that’s a more typical deposit bonus, with three of them up for grabs: they’re valued at 100%, 150%, and 100%, with customers needing a mere £10 to activate them. Once you use them however, that x4 rollover comes back into play.

In regards to deals for those of you returning after your registration period, there’s plenty of room based offers to get to grips with, like £1K Sliding Bingo, which takes place inside the 90 Big Ben Room. The deal is open from 6am until 11pm, with your chance to win that huge pot of cash available in the first game of each hour. This is but one example of the types of rewards the various bingo rooms of Bingo Bytes can bestow upon its members, and so there’s much variance for all. That being said, as all the bonuses are bingo based, those playing other activities may feel restricted.

Given the name of this site, it goes without saying that its main forte is that of bingo based activities, specifically titles of a 90, 80, 75, and 30 ball format. However, while Bingo Bytes is an online bingo hall of much range, there’s also other activities housed within its pages that help to widen its appeal, such as pokies and instant wins.

When it comes to the bingo side of the brand, the software is that of Cozy Games, with all bingo matches separated between the rooms we previously mentioned, rooms that include Victoria 90, City Hall, and Penny Bingo. Each of these hubs cater to several matches of a particular type of bingo, e.g. Victoria 90 is all about 90 ball play, and so there’s no end of options to keep you amused. Better yet, the costs of the games are kept down, with tickets normally valued at a couple of pence or lower. Also, these tickets can be pre-purchased prior to a game starting, so that you can come into a game fresh, rather than joining halfway through.

Moving onto the other games of the site, there’s no end of Eyecon and NetEnt slot machines, with the occasional Cozy Games offering thrown into the mix also. Although it may surprise some of you to see us say this, Bingo Bytes is a brilliant site for slots as, probably more so than bingo, as there’s hundreds of titles to choose from. And, of course, there’s also some tabletop action to be had, though none of these are of the live casino variety.

Choice is the main approach that Bingo Bytes likes to take with banking, as users can choose from a wide selection of methods, such as Neteller, Visa, and even UKash. Although it’s true that more popular options are in greater supply, the fact that niche methods, such as Boku and UKash, are enabled, means that customers can tailor their experience accordingly.

All transactions will be processed in GBP, EUR or USD, depending on your preference, with deposits starting from £10 each transfer. In regards to making a withdrawal, while no set monetary limit is in place, there’s the wagering requirements of the bonuses that dictate your access, and so limitations are still active. That being said, once you’ve cleared all of your bonus rollovers, you can transfer funds with ease, with the process usually taking between two and three days. If you’re unable to take out funds, it’s wise to check your account’s wagering requirements progress bar, just to see where you stand.

Due to the Gambling Act of 2005, all online bingo sites need to hold a valid license for services; this bingo site holds a dual license from the Government of Gibraltar, and the UK Gambling Commission.

A lot of what you need to know, even if you run into a hurdle early on, can be found within the FAQs, as Bingo Bytes has ensured that this page is extensive in the details it covers. That being said, should you need more than a quick answer to a simple question, you can contact the site’s support team 24 hours a day, via telephone, email, onsite systems, and live chat. Some of these options require you to have an account before accessing them, such as the onsite ticket system, and so you’d be wise to read up on which options work better for your type of issue/form of membership.

Before we leave, we’d like to take a look at BingoBytes online presence away from its website, e.g. the social media accounts it holds. As we can see from its homepage, there’s an active Twitter, Google+, and Facebook account to chat on. Nonetheless, while they’re available, and are posted on, activity from the team is still scarce, and so your experiences may be limited. 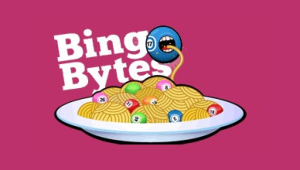