Angry Bingo does little to attract you to its services, although its name certainly peaks interests, and yet we’ve never known anything good to come from getting angry. And yet this Cassava Enterprises operated site is attempting to challenge that concept, by giving us a fun environment in which to game, and has been doing so since its launch in 2014. Yes, believe it or not, Angry Bingo has been around for over four years now, even despite you not having heard of it. Another aspect of this label you’re unlikely to be aware of is the fact that it’s part of the Ignite Bingo Network, as its owners are Ignite themselves. What is more, that the software provided comes from the prestigious Dragonfish, thus meaning that Angry Bingo is also part of the Dragonfish Bingo Network.

The stone age aesthetics may not give visitors much to work with initially, but once you scratch the surface and start to dig your way down to the depths of the site, you’ll begin to discover promotions worth activating. It could be argued that all bonuses are worthwhile, but sometimes we find that to be a falsity, and so we’re always on the look out for considerable rewards to sing the praises of.

One such offer we’re quite happy with is that of the welcome package, a deal that can consist of one or three deposit bonuses, depending on how you choose to play your membership. When you’re a player yet to make a deposit, a minimum figure of £5 is enough to earn you a 200% bonus, with the rollover necessity being no more than x2 for the bingo bonus and x2 for the deposit. This can then be built upon by the second and third deposit deals, valued at 150% and 100%, though this time round users need to use codes in order to activate these riches. And once again, you’ll then have the aforementioned wagering requirements to deal with, only now on three separate occasions.

Even though this is all well and good, it wouldn’t be nearly substantial enough without further bonuses to bolster up the extra money unlocked, which is yet another reason we love Angry Bingo so much. There’s just so many promotions to trigger, like £5K Cash Bomb and Mad Money, two deals which take place at different times of the week, inside contrasting bingo rooms, therefore ensuring that there’s diversity across the board. If you’re interested in other bonuses, such as those from loyalty schemes, we couldn’t find any solid mention of these via Angry Bingo. However, seeing as this is a Cassava Enterprises site, we suspect that there’s a Diamond Club VIP available somewhere, especially seeing as there’s mention of a VIP only room.

The games on display at Angry Bingo are nothing to be scoffed at, as not only is Dragonfish throwing in its might but so too are Eyecon, Microgaming, and NetEnt. And even though their full catalog of games aren’t provided, we doubt you’ll mind that, seeing as there’s so many activities to work through. To find these alternate titles, you need to visit the games section of the website instead of the Bingo one, with you then able to navigate the titles with ease.

As for the bingo rooms, well there’s plenty of those, delivering games of 90 and 75 ball bingo, in addition to the occasional five line bingo, a lesser known form of the game. In spite of not being able to tell you the names of the rooms available, due to them being hidden from guests, we can inform you that such rooms offer freeplay options as well as paid ones. As this is true of most Cassava Enterprises iGaming brand, it goes without saying that you’ll typically see the same rooms that you have done before, but merely housed inside a new aesthetic.

Most of the titles will cost little more than 1p, though others will be more costly depending on their exclusivity and the size of the jackpot offered. And yes, there’s guaranteed jackpots for the lucky members who take part, meaning that being shy isn’t the way to work the rooms of Angry Bingo.

Typically, we find that banking is a simple task for even the most inexperienced of gamers, and yet we always cover its details, just to make sure that nobody trips over hidden terms and conditions. In regards to Angry Bingo, you won’t ever need to deposit more than £5 if you wish to or take out more than £5 for that matter, as both types of transactions ask for the same minimum fee.

Also easy to remember are the permitted currencies, as there’s only EUR and GBP allowed at this time, with all of the provides catering to both parties of gamers; such providers include Visa, Mastercard and Neteller. There’s also phone payment and wire transfer, though the latter option will take a while to process, even in reference to making a deposit. Consequently, if you want to keep your experience speedy, it’s worth selecting a payment like Neteller, as it’s said to take no longer than five days to clear a withdrawal, and yet wire transfer can take as many as 10 days.

In regards to regulations, AngryBingo has a license from the Government of Gibraltar and one from the UK Gambling Commission also; not only do they govern the website but its operators also.

Before we go into the details of the contact services, it’s worth pointing out that not only is there a FAQs page, but there’s also a Help section dedicated to aiding you in finding the necessary answers you require. Nonetheless, sometimes these won’t suffice and so you’ll need to turn to the email options and/or telephone and live help channels. When doing so, all users need to be mindful of the operational hours, as Angry Bingo’s customer service is only open from 10am until 2am, with these hours changing at the weekend.

To conclude this piece, we look to any social channels that this label may have, seeing as community is a huge part of the iGaming puzzle. Unfortunately, we found no mention of any social media accounts upon the website, leaving us to assume that none have ever existed. This may be wrong, but we can’t confirm or deny anything beyond that which we’re given by the website itself. 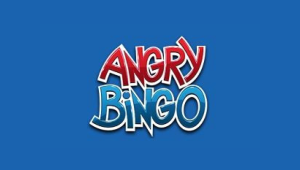