Get Jolly with Fancy Bingo Promotions this Winter 2018

Please bear in mind that any offers below may have changed/expired since their publication. 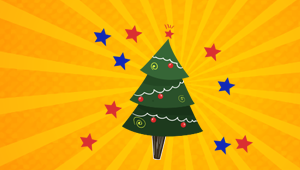 November is a curious time of year, for it has numerous different meanings depending on who you ask: for some, it’s just an autumnal month like any other, but for others, it’s the month before Christmas. That’s right, love or hate it, the fact that Christmas is only a few weeks away is difficult for anyone to avoid, as more and more brands start to advertise for the festivities.

If you’re in need of some early Christmas cheer, or perhaps you simply want to treat yourself to an early present, you can do so by visiting Fancy Bingo. Don’t worry if you’ve never played with this 2011 launched site before, as it’s super easy to get along with. Primarily having been designed for online bingo, this website has a surprising number of activities to offer its users, as well as a handful of exciting promotions. It’s these promotions we want to take a closer look at, as Fancy Bingo already has two Christmas specials accessible throughout November, December, and January only.

The two deals we’re going to look at offer two very different prizes, meaning that we’d suggest you read up on both of the bonuses before you opt in. First up on our list is the ‘Tis the Season deal, followed by the Mistletoe Magic special, with both of these offers being accessible up until early January 2019. What this means, above all else, is that you have plenty of time to get started on your quest to win one or both of these prize draws.

As far as promotional deals go, this one is sure to tick the right box with plenty of gamers, seeing as how it’s main prize is a MASSIVE hamper of Cadbury’s chocolate. The amount of goodies packed into this hamper is worth up to £50 in cash, and is available every Friday up until the 4th January.

To get involved, you’ll need to be logged in and ready to play at 10pm each Friday, as well as willing to purchase a bingo ticket (or several) at the measly cost of 2p each. Considering the fairly high value of the prize, such a low pay-in shouldn’t be passed up by any chocolate loving gamer out there. In regards to the type of bingo you’ll be playing, that will be one of the popular 75 ball bingo formats that Fancy Bingo loves to showcase.

Should you be the lucky winner, the brand will contact you within 72 hours of winning your prize; keep in mind that only UK users can win the chocolate hamper, with winners outside of the UK only able to win the cash alternative.

For those of you who’d prefer a win with more flexibility, the Mistletoe Magic promotion could be the better option for you. The reason for this is because there’s three outcomes to the deal, depending on how well you do when you play the selected games of the offer, for example, you could win an Amazon voucher or a set of lipsticks.

Playable every Wednesday at 10pm, players only need to purchase one card at just 1p a ticket to be in with a chance of winning a prize. If you should be lucky enough to make a 1LN, aka a one line win, then you’ll receive a £10 payout, whereas a 2LN win will secure you a bigger £15 prize, while a full house is what’ll secure that Stila lipstick set we just mentioned. Should you be keen to entry, but make up isn’t really your thing, don’t panic, as you can take the cash equivalent of the kit rather than the kit itself.

In the same fashion as the first offer we mentioned, the victors of this promo will be contacted within the first 72 hours of playing each Wednesday game. If there shouldn’t be any winners (which is highly unlikely), the prizes of the promotion will be fortified, as stated within the terms and conditions of the Mistletoe Magic page.